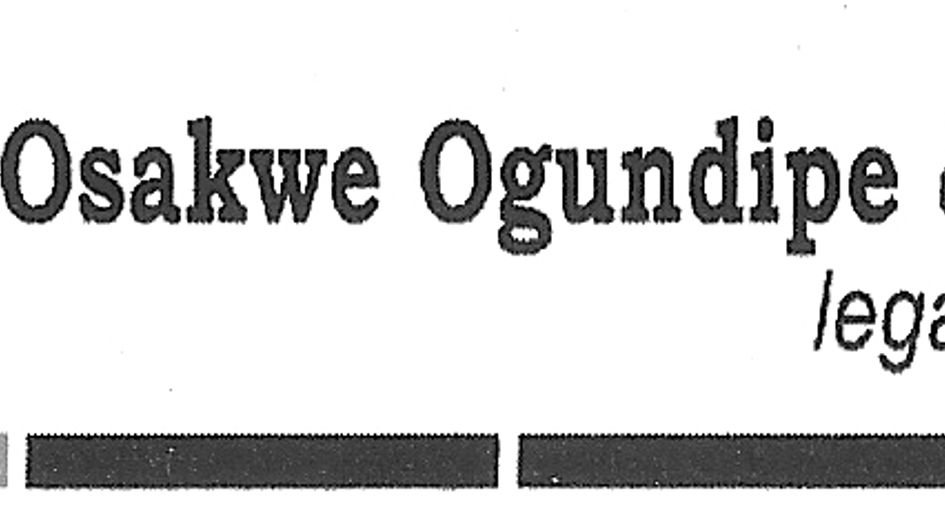 The types of investigations that clients tend to request have included things such as the concerns of an oil marketing company about lapses in various departments that were affecting financial performance. There were fears that these lapses could have been part of widespread fraud being perpetrated by senior management personnel, and the instructions required the review of both internal and external audit reports and to identify whether there were grounds to take disciplinary action (up to and including dismissals) against identified individuals.

Others have been in response to reports by anonymous whistleblowers alleging fraud or other misdeeds on the part of senior officials, requiring the conduct by external counsel of internal investigations and the interviewing of staff in an effort to ascertain whether the allegations made had any validity. Other investigations have been on behalf of insurers into cargo claims, where there were strong indications of organised fraud by both shippers and consignees to make claims of short delivery of goods shipped to Nigeria. A recent investigation was centred upon suspicions that a senior member of staff had conflict of interest issues arising from the award of contracts to a company in which a relative had interests, and which had not been disclosed.

Nigerian counsel have also been called upon to conduct independent investigations on behalf of individuals and corporations under investigation outside Nigeria on allegations of having been involved in misconduct that had taken place in Nigeria.

One of the most interesting investigations undertaken by the author arose from a US insurer’s decision to take a closer look at frequent life insurance claims on the lives of individuals who visited Nigeria and died within days of being able to make claims on the policies. The insurance companies had noticed such claims increasing over a period of time and eventually decided to instruct an investigation by Nigerian counsel to review inquiries conducted on its behalf by Nigerian investigators. The result of that particular investigation revealed the falsification of medical notes by a hospital and of a death certificate by a doctor in that hospital. Fortunately for the insurance company, the perpetrators of the fraud did not appear to have appreciated that a death certificate issued by a doctor is just the first step in the certification of deaths, and that the formal and legal certification has to be done by local governments, and not by a doctor. In that particular case, there had been no certification from the local government where the death was alleged to have occurred and once the issue had been brought to the attention of the local government, it became a challenge to falsify that certification, since it had been established that there had not been any certification several months after the claim had been submitted. The individual who submitted the false claim turned out to be the son of a senior police officer who was very much alive in spite of the fact that his son was seeking to collect a seven-figure sum in dollars on his life.

More recently, and given the prominence of Nigeria, always regarded as a ‘difficult’ jurisdiction, in a number of FCPA enforcement proceedings, more investigations are being instructed, again usually on behalf of US corporations. These have tended to come directly from corporate counsel or from firms acting for corporations that are sufficiently concerned to need, or want, to make independent inquiries into allegations that have been made. As indicated above, however, this is not a recent phenomenon. Even before the spike in FCPA enforcement activity, US corporations led the way in instructing Nigerian external counsel to assist in investigations into things such as internal fraud and misfeasance, allegations of breaches of internal compliance procedures, insurance fraud and in managing relationships between local subsidiaries or affiliates of US corporations and Nigerian government agencies. Nigerian practitioners have been called upon to help in these matters for several years.

External counsel have, for a considerable amount of time, had to do things such as conduct separate inquiries to validate, or otherwise, investigations previously conducted by both internal and external auditors, where non-Nigerian parent corporations have been concerned with establishing facts in instances where there are suspicions of bribery, fraud and other misdeeds in Nigerian subsidiaries and affiliates. Unlike today, these investigations tended to be just one of a number of investigations that would be conducted. Typically, there would first be some sort of internal audit or inquiry. This would often be followed up by a separate inquiry conducted by external auditors and, finally, inquiries conducted by external counsel. The external counsel could be from outside Nigeria, who may or may not work with local Nigerian counsel, or could be Nigerian counsel working with in-house counsel from within and outside the country. These inquiries tended, in the past, to be totally uncoordinated and usually one inquiry would follow the other. Today, such investigations are more likely to be coordinated, with external counsel working with in-house counsel, internal and external auditors. The focus of these exercises has usually been to establish facts and to determine what, if any, remedial action was required. In most of these cases, there were rarely, if ever, any major concerns about whether or not the corporations themselves had been engaged in any unlawful or improper conduct.

FCPA, OECD anti-bribery and UK Bribery Act provisions have required corporations to have more and more elaborate internal compliance provisions and procedures. Many such corporations have turned to external bodies to help them formulate these procedures and to local external counsel to help them ensure that these procedures are capable of working and to design processes to test the procedures. Local external counsel will also be called in where the procedures appear to have failed, so as to assist in evaluating what damage may have been caused and in helping to remedy such problems as may be identified.

In addition to the types of activity set out above, external counsel in Nigeria are being called upon to advise on, or participate in, the conduct of internal investigations. Where such investigations are at the behest, or for the benefit, of non-Nigerian corporations with interests in Nigeria, the concern is frequently to ensure that local laws are complied with as well as to give local Nigerians insights into applicable foreign laws that bind the non-Nigerian corporations. For example, Nigeria’s data protection and privacy laws remain in their infancy when compared with laws in the United States and many European countries. Certain actions may be perfectly legitimate in Nigeria but may run foul of data protection laws in these other jurisdictions and the help of local Nigerian counsel can be valuable for establishing what action may or may not be taken in such situations.

Other situations that have arisen have been where there has been some enforcement action outside Nigeria. Some corporations have addressed the problems solely from a non-Nigerian perspective only to be confronted, later, with Nigerian enforcement activity, and the prospects of having to address, and possibly meet, sanctions in Nigeria that are essentially a repetition of what had been faced elsewhere. There is, therefore, a need to be aware of this danger and to seek local advice at the earliest opportunity. Given the historically somewhat poor performance of Nigerian enforcement agencies, many corporations may be tempted not to address such problems in as robust a manner as they might have in their home jurisdictions. What needs to be borne in mind, however, is that it is becoming clear that such poor performance is unlikely to persist indefinitely. The performance of most local enforcement agencies continues to improve and, in spite of ongoing difficulties, is likely to continue to improve. There are no limitation laws in Nigeria with regard to criminal conduct, so not paying attention to these matters is definitely neither a sound, nor wise, decision.

Moving on from what was required to address anti-bribery enforcements and other requirements, growing mergers and acquisition activity, and the search for new markets in a global economy that has seen little growth in developed economies, have resulted in more and more enhanced due diligence being required to be conducted in relation to acquisitions in Nigeria. This development has extended the work that Nigerian practitioners are being called upon to perform. Nigerian legal practitioners are now increasingly being called upon to provide background advice on Nigerian individuals and on their corporate and business interests. In the future, it is likely that this will become a more significant area for Nigerian practitioners engaged in this area of work.