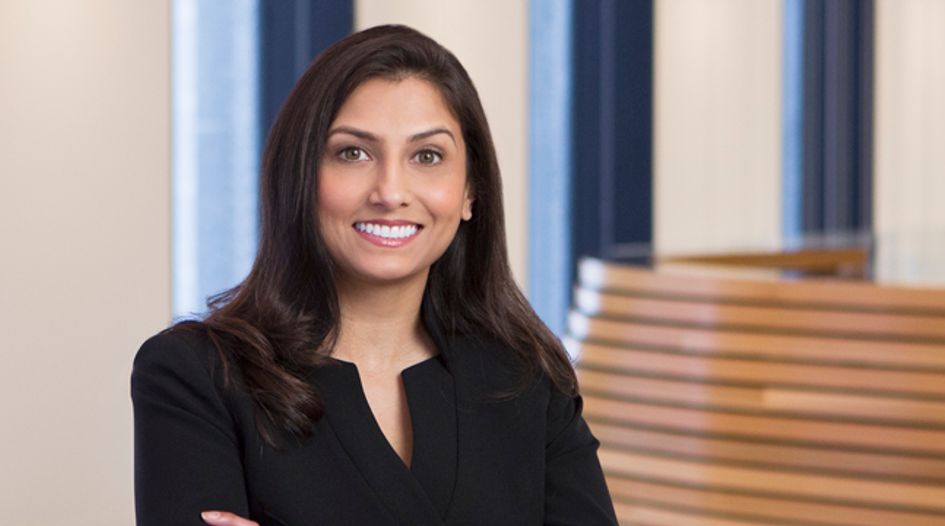 Nikhila Raj joined the DOJ’s criminal fraud section FCPA unit in November 2016. Previously, she worked at Orrick Herrington & Sutcliffe as a senior associate in the firm’s white-collar and corporate investigations practice in New York. She left the unit in 2020 to join the DOJ's Money Laundering and Asset Recovery Section.

Raj has been active in pro bono service throughout her time in private practice. In 2015, she was honoured by New York County Lawyers Association for her work assisting the organisation with its Veterans Discharge Project.

The project helped veterans contest potentially unfair discharge characterisations. According to the NYCLA, some veterans may receive a less than “honorable” discharge due to misconduct arising from post-traumatic stress disorder or brain injury.

Raj was also involved in representing Advanced Bioscience Resources, a California-based company that processes fetal tissue from elective abortions for use in scientific research. ABR was one of three companies that came under intense political and public scrutiny after an anti-abortion group released covert video footage purporting to show that women’s health care provider Planned Parenthood illegally profited from procuring the tissue. The video was later discredited, and a Harris County, Texas, grand jury cleared the reproductive health services organisation of wrongdoing.

Before joining Orrick, Raj was an associate at Norton Rose Fulbright. She received her law degree from the University of Southern California in 2009.