Founded in 1936, Niederer Kraft Frey (NKF) is a well-respected full-service law firm, with over 100 lawyers, including 34 partners, who advise an international client base from its office in Zurich. The firm has particular experience in advising banks on navigating local banking secrecy law to comply with requests for assistance from foreign jurisdictions. For example, it advised BSI bank, the first of over 80 banks to sign a non-prosecution agreement (NPA) with the US Department of Justice (DOJ) under the Swiss Bank Program, which was started in 2013 and targeted Swiss financial institutions suspected of helping US citizens evade tax.

The firm has an investigations and enforcement team made up of eight partners, who are supported by three senior associates.

Peter Honegger is a well-known lawyer at the firm thanks to his prior work as secretary to the board of trustees supervising the Claims Resolution Tribunal for dormant accounts in Switzerland belonging to victims of Nazi persecution. More recently, he has represented a number of Swiss and foreign companies, including UBS Bank. His areas of expertise include Swiss secrecy laws, and the disclosure of evidence – particularly electronically stored information – located in Switzerland for use in foreign proceedings.

Honegger is listed in Who’s Who Legal: Investigations, as is senior associate Juerg Bloch, who has a wealth of experience acting in cross-border investigations involving both Swiss and foreign authorities, usually from the US. Bloch was a visiting lawyer at Paul Weiss Rifkind Wharton & Garrison between 2017 and 2018, returning to NKF in June 2018.

Partner Philipp Candreia represented private bank BSI as it became in 2015 the first bank to sign an NPA with the DOJ under its Swiss bank programme. Candreia primarily represents clients in the financial industry and is currently active in several internal investigations in connection with proceedings by Swiss and foreign authorities.

Thomas Frick is an antitrust and white-collar crime lawyer advising on all matters of finance, regulatory and corporate law, while Nicolas Birkhäuser focuses on abuse of dominance investigations and compliance.

The firm is providing counsel, together with Quinn Emanuel Urquhart & Sullivan, to BSI on ongoing investigations by US and Swiss prosecutors into whether the bank played a role in embezzling funds from Malaysian sovereign wealth fund 1MDB.

In May 2016, Finma fined BSI US$96 million for breaches of money laundering and gross misconduct at the bank’s Singaporean branch related to the 1MDB scandal. That same month, the Monetary Authority of Singapore (MAS) fined the bank US$13.3 million and withdrew the bank’s merchant bank status.

More recently, NKF represented Martin Egli, the chairman and founding partner of Swisspartners in a US-Swiss tax dispute after Egli provided the DOJ with client data outside the channels of mutual assistance. Initially, the Attorney-General’s Office alleged this was in violation of Swiss law, though it dropped the case in May 2018. The firm has said it continues to act for Egli in the matter.

Between 2013 and 2017 NKF represented financial institution UBS when a client of the bank, a wealthy Italian family, was investigated regarding allegations of crimes against public safety and corruption.

The firm is based in Zurich and counts Swiss law firms Erni Caputo and Schellenberg Wittmer among its regional co-counsel.

Although the firm likes to keep the majority of its clients’ names close to its chest, GIR can report that NKF has a large number of banks on its client list, including BSI and UBS. It has also acted for the football governing body Fifa and car manufacturer BMW AG Munich.

The firm was Swiss counsel to Fifa, with Quinn Emanuel Urquhart & Sullivan as US counsel, as it faced criminal investigations into bribery and money laundering allegations by the US Attorney's Office for the Eastern District of New York and the Office of the Attorney General in Switzerland. NKF and Quinn Emanuel conducted an internal investigation into Fifa.

NKF also represented a Swiss construction company in a major criminal investigation into allegations of fraud committed by a former director, who was found to have committed over 30 criminal actions over a period of five years, incurring damages of 10 million Swiss francs. The firm represented the company in local and state courts, and the Swiss Federal Supreme Court.

Established in 1936, Niederer Kraft Frey is a leading Swiss firm with a consistent track record of delivering excellence and innovation in Swiss law. With a strong domestic and international client base, NKF is relied on by the world’s best law firms as an experienced, agile and effective partner.

NKF is a full-service law firm with over 100 lawyers advising in 12 languages. We are pragmatic generalists with deep industry knowledge and specialist legal expertise covering the entire spectrum of business, corporate and finance law. We work creatively with each other, our partner firms and with our clients to deliver efficient, sustainable solutions in the face of the most complex problems. Quality service is our priority. The focus of our business is the business of our clients. With offices in the heart of Zurich’s banking and financial district, NKF continues to have its finger on the pulse of Swiss business.

Apart from complex regulatory aspects, our lawyers have a profound understanding of the technical challenges and possibilities of artificial intelligence capabilities used in investigations. We maintain established professional relationships with related service providers such as forensic and cybercrime experts, accountants and auditors. We are well aware of the investigative methods used by regulators and criminal prosecutors and have excellent insight into relevant regulators, prosecutors and similar authorities.

A number of our lawyers hold distinct memberships in professional organisations such as the International Compliance Association (ICA) and the Association of Certified Fraud Examiners (ACFE) by which they have been accredited as certified fraud examiner. 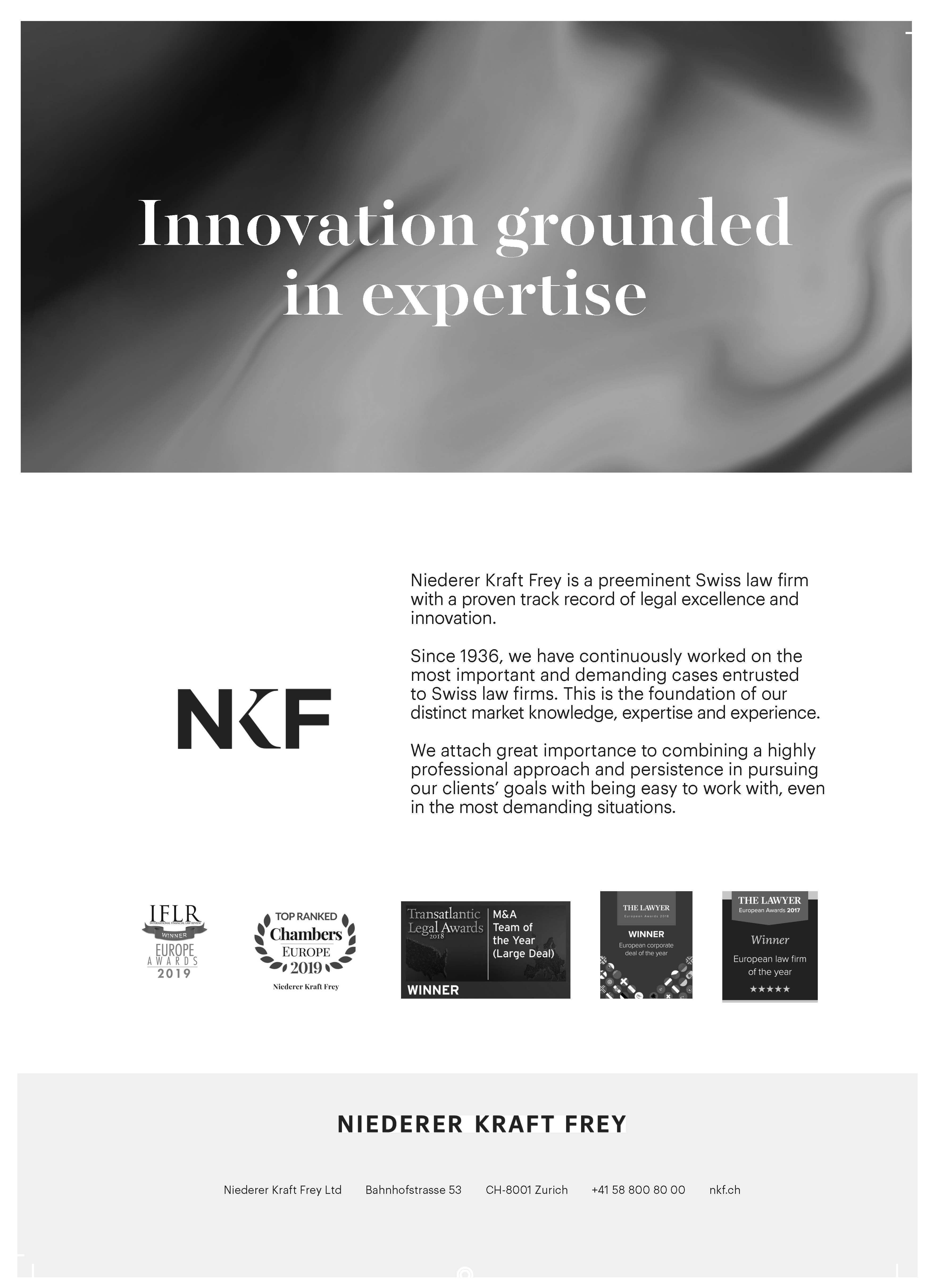