Homburger may be small by international standards – with just 160 lawyers and tax experts, including 33 partners – but the firm consistently represents Switzerland’s largest and most prominent companies and financial institutions.

Of late, the firm has worked on a number of US-focused internal investigations driven by enforcement agencies such as the US Department of Justice (DOJ), the Securities and Exchange Commission (SEC) and the Office of Foreign Assets Control (OFAC).

The firm, which was founded in 1957, claims to be the first, and possibly the only, Swiss law firm with its own infrastructure for handling document reviews and productions. It, therefore, has technical experience in e-discovery and document reviews, and it has staff exclusively dedicated to these tasks.

The white-collar and investigations group consists of eight partners plus a team of associates. Who’s Who Legal nominee Flavio Romerio leads the group. Romerio joined Homburger in 1995 before becoming a partner in 2002. He represents clients in investigations by Swiss and foreign government agencies. He is a monitor accredited by the Swiss Financial Market Supervisory Authority (Finma) and carries out factual investigations in the context of Finma enforcement proceedings. Romerio also regularly conducts compliance reviews at Swiss financial institutions.

New York-qualified lawyer Claudio Bazzani, who has over 10 years of experience carrying out internal inquiries and offers compliance advice to financial institutions, is deputy head of Homburger’s white-collar and investigations practice. Bazzani is also a Who’s Who Legal: Investigations nominee.

Partner Felix Dasser, who founded Homburger’s white-collar and investigations practice in 1997, has many years of experience advising global companies facing allegations of corruption and regulatory misconduct.

Katrin Ivell, a member of Homburger’s white-collar practice, was made partner in 2018. Ivell joined the firm in 2007 and specialises in internal investigations. She has also conducted monitorships for Finma.

The investigation started after a Finma review found that the bank’s handling of conflicts of interest had been inadequate and that its board failed to adequately supervise its former CEO, enabling him to generate personal financial gain at the bank’s expense.

After Homburger concluded its investigation the bank announced it had found no evidence of criminal conduct. But it implemented reforms to avoid conflict of interest problems going forward.

Homburger is currently conducting an internal investigation for a Swiss bank related to the Panama Papers, a leak of 11.5 million documents from Panamanian law firm Mossack Fonseca. The firm is currently representing the bank before the DOJ.

Homburger, which conducts all of its work at its headquarters in Zurich, was once a part of a larger international law firm alliance but broke away in the early 1990s and has since remained independent.

The firm regularly works with US co-counsel on US-led investigations by the DOJ or SEC such as Freshfields Bruckhaus Deringer, Skadden Arps Slate Meagher & Flom and Debevoise & Plimpton.

Homburger advises a lengthy list of top Swiss banks, insurance companies and pharmaceutical businesses that depend on the firm for white-collar and investigations expertise.

Homburger is accredited as an investigating agent for Finma, which outsources investigations to private practitioners, and has turned to Homburger on multiple occasions, including in 2009 when the firm was reportedly hired by the regulator to investigate the death of Zurich Insurance’s chief financial officer, Pierre Wauthier. The Zurich executive had complained about the company’s demoralising management style in suicide notes, but Homburger’s inquiry found no evidence to support these claims.

The firm’s other high-profile work of recent years was carried out for banks enlisted in the DOJ’s Swiss Bank Program.

The initiative, announced in August 2013, allowed certain Swiss banks to pay a fine and enter into a non-prosecution agreement (NPA) to resolve allegations that they helped US citizens evade tax. The scheme resulted in large-scale turmoil in Switzerland’s financial sector – between March 2015 and January 2016, scores of banks entered into NPAs with the DOJ.

The programme was unprecedented for the Swiss and US white-collar legal profession, requiring an army of lawyers from the both countries to advise the financial institutions on how to cooperate with authorities in the US, while simultaneously complying with local rules and regulations in Switzerland. Homburger was a central player, teaming up with leading US firms to represent around a quarter of the banks that entered into NPAs. Homburger represented more banks than nearly any other Swiss firm.

As a leading Swiss corporate law firm, we advise and represent enterprises and entrepreneurs in all aspects of commercial law – transactions, proceedings and complex cases in both a do-mestic and a global context.

We help businesses and entrepreneurs master their greatest challenges. We combine the know-how, drive and passion of all our specialists to support our clients in reaching their goals. Whether we advise clients on transactions, represent them in proceedings or help them in regu-latory matters, we are dedicated to delivering exceptional solutions, no matter the complexity and time constraints. We are renowned for pioneering legal work, for uncompromising quality and outstanding work ethics. We are at our best when working in teams. Collaborating smartly and efficiently within our firm, with our clients and other parties involved is crucial to our per-formance.

Our investigations & enforcement team regularly leads complex investigations, both in interna-tional matters and in focused domestic inquiries. We use our long-time experience in conduct-ing investigations for the benefit of our clients. 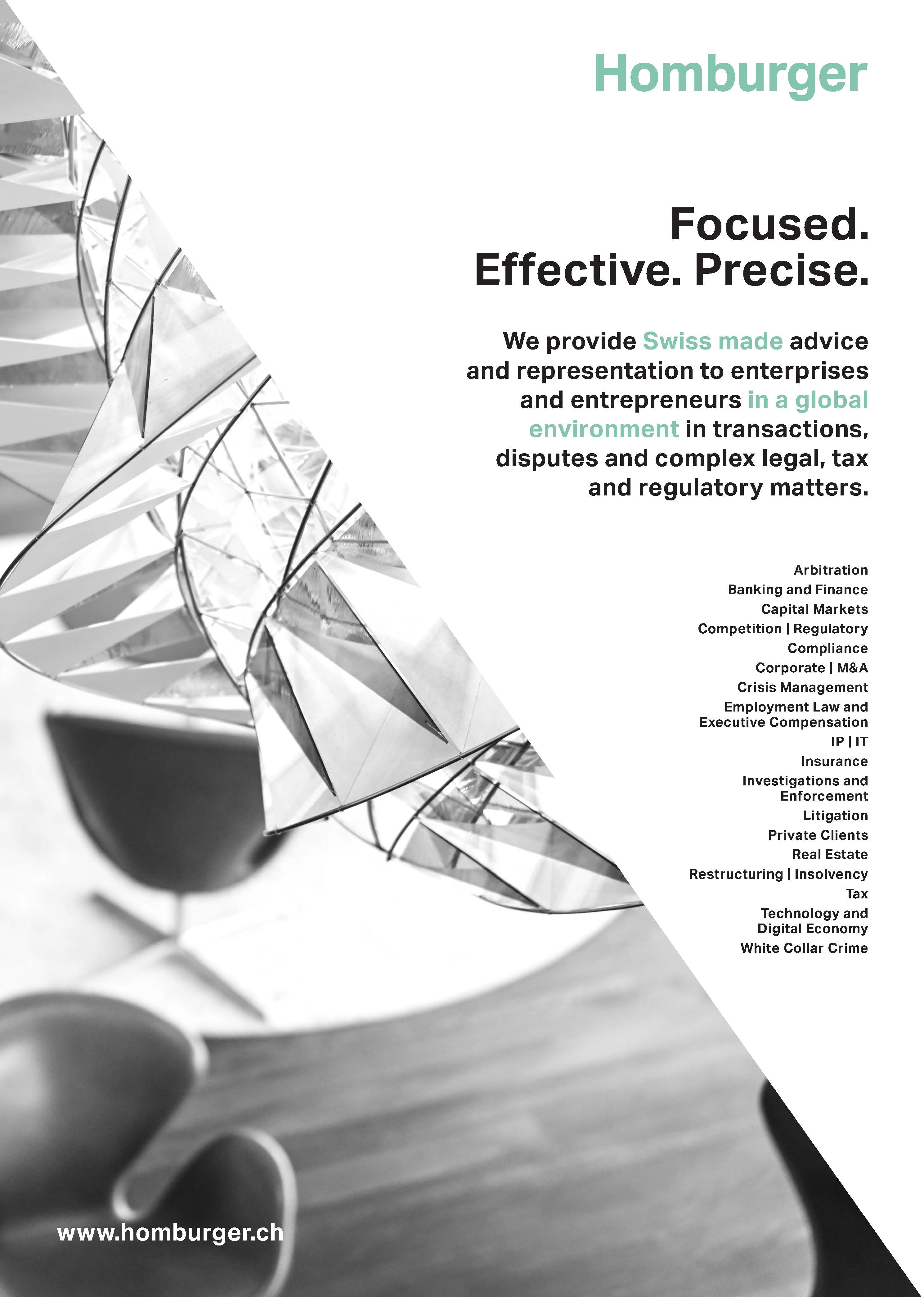