Baker McKenzie is one of the few firms to have a global investigations practice. All over the world, the firm has local experts to call upon. Other major law firms turn to Baker McKenzie for assistance as a result.

When Russell Baker and John McKenzie founded the firm that bears their names, they did so with a specific goal in mind: forming a truly international law firm with the ability to serve clients around the world. Baker McKenzie’s global compliance and investigations practice does exactly that.

The group is co-chaired by Joanna Ludlam and William Devaney. Ludlam, who is based in London, was among those nominated in GIR’s Women in Investigations survey in 2018. She oversees investigations work around the world. Devaney is a former federal prosecutor, based in New York.

The practice was previously chaired by Who’s Who Legal: Investigations nominee Mini vandePol, an Australian lawyer who works in Hong Kong and China and is responsible for the Asia-Pacific region.

The US team boasts over a dozen former federal prosecutors and top government officials.

Among them are the North America government enforcement practice co-chairs: Jerome Tomas in Chicago and Thomas Firestone in Washington, DC. He regularly conducts international investigations and advises companies on US Department of Justice (DOJ) and Securities and Exchange Commission (SEC) enforcement actions.

Other prominent DC-based partners include Richard Dean and Brian Whisler, who previously served as chief of the criminal division at the US Attorney’s Office for the Eastern District of Virginia.

The firm’s Houston office is home to Who’s Who Legal: Business Crime Defence and Who’s Who Legal: Investigations nominee Lawrence Finder, the former US attorney for the Southern District of Texas.

In Canada, firm clients can count on partner Peter MacKay QC, Canada’s former attorney general and minister of justice, and in Austria the firm is home to Georg Krakow, who served as the head of cabinet for the Austrian Federal Ministry of Justice. Krakow is listed in Who’s Who Legal: Investigations.

The London office is home to Jonathan Peddie, who previously worked at Barclays Bank as head of litigation, investigations and enforcement. Sunny Mann, meanwhile, focuses on compliance with export controls and international trade sanctions.

In Düsseldorf, Baker McKenzie has 40 under 40 lawyer Anahita Thoms, who advises on white-collar crime and compliance matters. She leads the firm’s international trade team in Germany.

Baker McKenzie has a significant presence in Latin America, where it first set up shop in Caracas over 50 years ago. In Mexico City, Jonathan Adams oversees investigations in Latin America, where he has more than 15 years of experience. It partners with Trench Rossi Watanabe in Brazil. Trench Rossi’s investigations practice has suffered some departures, including Esther Flesch who left the firm by mutual agreement in 2017 amid an investigation into the hiring of a former prosecutor. Authorities in Brazil cleared her of wrongdoing in 2019.

In a related departure, Washington, DC-based partner Joan Meyer left the firm in 2019. According to court documents, her decision to leave related to the same matter that caused Flesch to leave, though the exact reasons have not been made public.

In July 2019 former client J&F Investimentos dropped its malpractice claim over the ex-prosecutor’s hire, after initially suing the firms in 2018 claiming in court documents that the firms had put a leniency deal with Brazilian prosecutors in jeopardy.

The firm advised German software company SAP in 2017 on an internal investigation into allegations of misconduct connected to the Guptas, a wealthy South African family with ties to former president Jacob Zuma. In October 2017, SAP disclosed the preliminary findings of the investigation to the DOJ and the SEC, which are investigating the matter. SAP said that the internal investigation had uncovered “indications of misconduct” relating to a firm with links to the Guptas. However, SAP said that Baker McKenzie had found no evidence of bribes paid to South African government officials.

The firm helped Chicago-based spirits producer Beam Suntory secure in 2018 its US$8 million settlement with the SEC to resolve allegations that a subsidiary bribed Indian government officials. Beam Suntory, represented by Richard Dean, neither admitted nor denied the allegations.

The firm also negotiated on behalf of Swiss bank and asset manager Mirelis a US$10 million non-prosecution agreement (NPA) with the DOJ, which was announced in 2018. The NPA resolved charges that Mirelis helped clients conceal assets from the Internal Revenue Service.

Baker McKenzie’s Brazilian partner firm handled one of the largest and most significant corruption investigations in recent years. Trench Rossi acted for Brazil’s state-controlled oil company, Petrobras, in an internal investigation into a widespread bid-rigging and kickback scheme that has implicated scores of companies and politicians and led to the impeachment of Brazil’s former president. Petrobras settled with US authorities in 2018.

GIR reported in 2018 that the firm carried out an internal investigation for German engineering company ThyssenKrupp into a US$2.3 billion deal to supply Israel with three submarines. Prosecutors in Germany opened their own investigation into the matter in March 2019.

By GIR’s count, the firm has partners with white-collar and investigations experience in over 40 offices internationally.

In China, Baker McKenzie is one of only a few international firms to have been granted a joint operation licence with a leading domestic law firm. The firm’s affiliation with FenXun Partners allows the firm to provide international clients with local legal expertise, and to conduct investigations for domestic companies and government bodies in China.

Baker McKenzie played a significant role in the US Department of Justice’s Swiss Bank Program. Six lawyers worked on a total of 10 settlements. The DOJ announced its final resolutions in 2016 under the programme, which rewarded Swiss banks that handed over information on US citizens who evaded tax with non-prosecution agreements.

In 2017, Baker McKenzie negotiated a favourable FCPA-related settlement for Mondelēz International. The company agreed to pay only US$13 million to the SEC to resolve FCPA violations by a subsidiary in India.

The firm acted as lead counsel to Braskem, Latin America’s largest petrochemical company. Braskem and its parent company, Odebrecht, agreed to pay a combined US$3.6 billion to US, Swiss and Brazilian authorities, in what is currently the largest global FCPA settlement on record.

Peter Tomczak in Chicago helped to negotiate another FCPA settlement for Nordion, which was announced in March 2016. The SEC’s enforcement action focused on the actions of a former Nordion employee, who allegedly arranged bribes to Russian officials while hiding the scheme from the company.

Baker McKenzie obtained a DOJ declination for Harris Corporation in 2015 following an FCPA investigation into its China operations. A year later, the agency’s civil counterpart followed suit. But the SEC penalised the company’s former China CEO for authorising illegal gifts to officials at Chinese state-owned hospitals.

Baker McKenzie worked Trench Rossi on aircraft maker Embraer’s foreign bribery settlement in 2016 with US authorities. The company was required to retain a monitor as a result.

Baker McKenzie is renowned for advising on the most complex, multi-jurisdictional investigations and risk management issues.

With practitioners in 46 countries across the globe, we have one of the largest compliance and investigations teams in the world. We draw on our deep bench strength to assemble the best teams for our clients' needs. Our experts seamlessly collaborate with clients across geographies and specialties to conduct investigations that will withstand law enforcement and regulatory scrutiny, to defend companies and employees in government enforcement actions, and to navigate risks wherever they occur.

We regularly conduct investigations and defend clients in jurisdictions that are the most active in corporate prosecutions, namely the US, the UK, Brazil and the EU, as well as in markets such as Brazil, China, Russia, the Middle East and Africa where compliance issues most typically arise. Our practitioners have strong insights into law enforcements and regulators' mindsets, and have worked at the DOJ and SEC in the US; the SFO, FCA, HMRC and CMA in the UK; the European Commission; and the AIC in China, among other jurisdictions. Through these insights, we help our clients keep an eye on emerging anti-bribery and corruption hot spots and stay ahead of the curve.

We prioritise pragmatism and commerciality. Our group includes lawyers who have led compliance teams within multinational corporations, as well as practitioners who have been seconded to clients. Collectively, we develop solutions that our clients' in-house teams can readily digest and implement.

Our deep local cultural understanding and local law expertise enable us to navigate not only legal differences across jurisdictions, but also language differences and cultural sensitivities, as well as the expectations of local law enforcement and regulators. Combined with our expertise in cross-border multijurisdictional matters, this allows us to provide integrated end-to-end representation in investigations and enforcement matters.

Our rigorous internal training program including our unique Investigations Academies ensure quality and consistency throughout the world in all aspects of investigations, including document preservation, collection and review, effective scoping and planning, best interview techniques, and consistency in reporting. This allows us to bring the best multinational teams to bear on investigations. 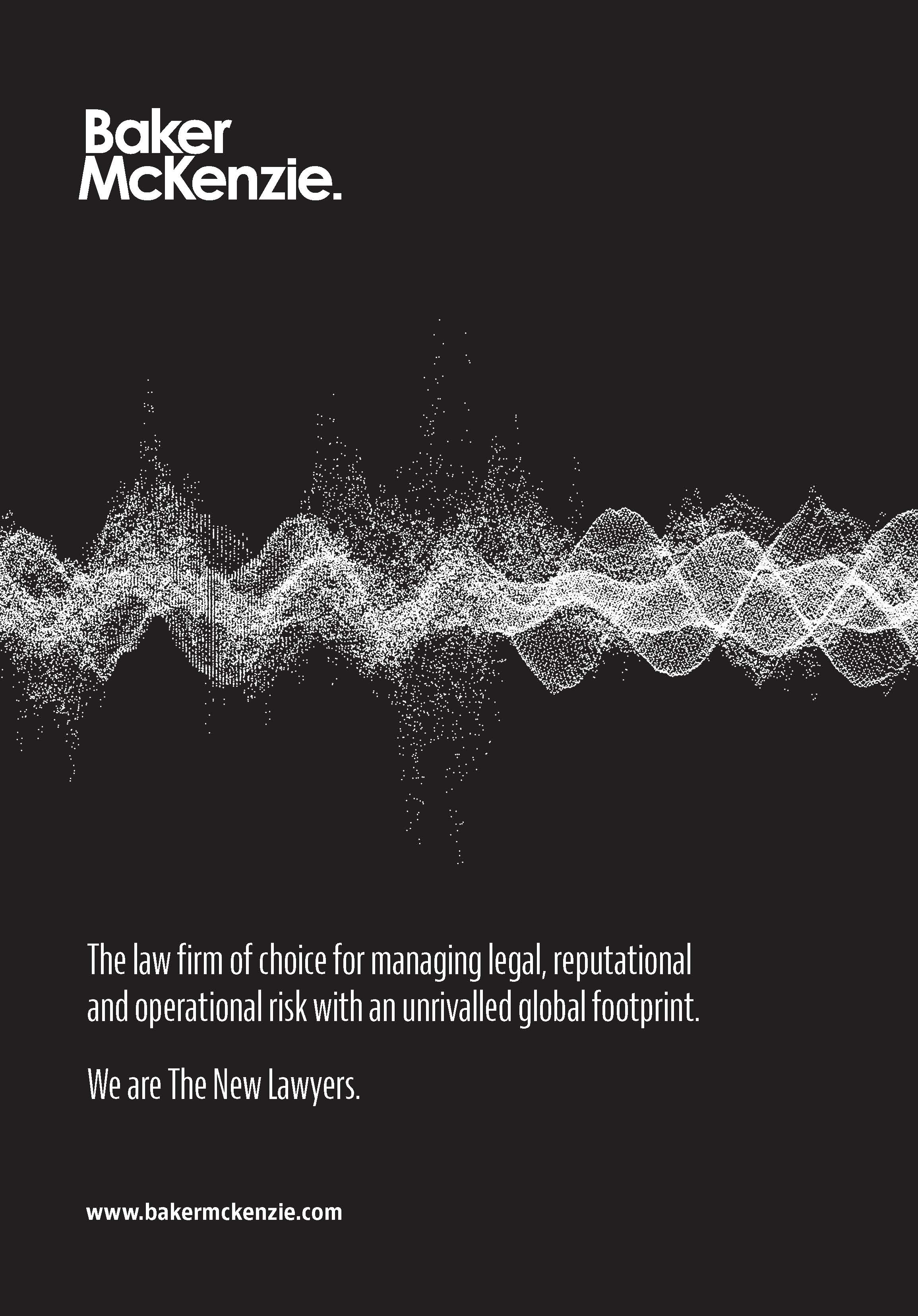