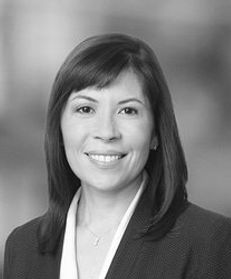 Virginia Chavez Romano’s practice focuses on conducting internal investigations and representing companies and individuals before US federal and state enforcement agencies. Having spent 14 years in various prosecutorial roles, Virginia offers clients a unique perspective in navigating government investigations and enforcement proceedings, particularly those involving multiple agencies and jurisdictions. From 2002 to 2012, Virginia was an assistant United States attorney for the Southern District of New York, where she served as lead prosecutor in dozens of investigations and prosecutions, including many that involved international money laundering and complex financial crimes, and was a member of the Securities and Commodities Fraud Task Force. From 2012 to 2014, Virginia served as deputy attorney general for the Economic Justice Division of the NY State Attorney General’s Office, where she led high-profile civil securities fraud investigations and litigations. In 2014, Virginia joined the US Department of Justice in Washington, DC, serving as associate deputy attorney general and the executive director of President Obama’s Financial Fraud Enforcement Task Force. During her time there, Virginia worked on a number of department-wide initiatives relating to corporate matters, including the department’s September 2015 Policy on Individual Accountability in Corporate Wrongdoing (the Yates Memo). Since joining White & Case in 2016, Virginia has concentrated on representing individual and corporate clients in connection with investigations brought by the Department of Justice, the Securities and Exchange Commission, the New York Attorney General’s Office and the New York Department of Financial Services.