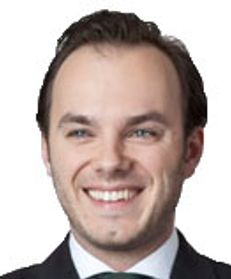 Valentin Pfisterer is an associate based in the Frankfurt office. Valentin’s practice focuses on corporate, securities and banking matters, in particular, capital markets transactions and regulation of financial institutions.

Valentin is a member of the Bar in Frankfurt am Main. His native language is German and he is fluent in English and in Spanish.