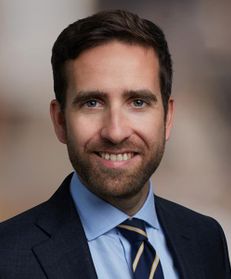 Tomás Navarro Blakemore is an associate at Froriep in Geneva and Madrid who focuses on domestic and international arbitration. He also advises private clients as well as non-profit organisations and social enterprises on structuring, tax advice and governance. He has been involved in numerous commercial and investment arbitration proceedings under the ICC, UNCITRAL, CAS, Swiss and ICSID Rules as well as in ad hoc proceedings related to construction, distribution, corporate and sport related matters. He is a member of the Madrid Bar Association (ICAM), the Foreign Lawyers Section of the Geneva Bar Association (SABE) as well as of the Swiss Arbitration Association (ASA) Below 40, the Club Español de Arbitraje (CEA-40) and sits on the Executive Committee of the Swiss Chapter of the CEA. He studied law and political science at the University of Granada (2011) with exchanges at the University of California in Berkeley and the University of Geneva and was admitted to the Spanish Bar in 2013. He also holds an LLM in International Dispute Settlement (MIDS) from the University of Geneva and the Geneva Graduate Institute (2015). Previously, Tomás Navarro Blakemore has worked at the International Criminal Court (ICC) and as a legal consultant for a non-profit in Cambodia. Before joining Froriep in October 2015, he also interned for a renowned international arbitrator in Switzerland. His working languages are French, English and Spanish.