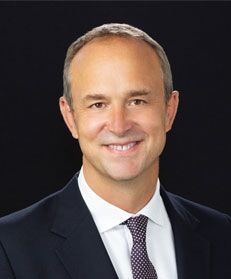 Tom Epps is the Head of Cooley’s London White Collar Defense & Investigations team. Tom is recognised in the UK and internationally as a leading white collar crime lawyer. He has been involved in many of the UK’s largest and most complex investigations over the last 20 years.

Tom has substantial experience representing those facing investigations brought by all the major UK enforcement agencies, particularly with international investigations. He is advising clients in the majority of the Serious Fraud Office’s most high-profile investigations, nearly all of which involve substantial international dimensions. He frequently advises companies and senior individuals facing sensitive investigations and regulatory issues and is often called on to assist suspects, whistleblowers and witnesses.  Tom is regularly recognised as a thought leader and highly ranked in the leading legal directories for white collar crime. He is recognised as a Global Elite Thought Leader by Who’s Who Legal 2020 for both Business Crime and Investigations. Chambers & Partners UK ranks Tom in the top bands for his representation of both individuals and corporates, as well as for high net worth individuals in financial crime investigations.  He is recognised as a leading individual for Fraud: White Collar Crime by Legal 500