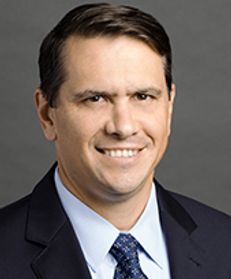 Todd Blanche is a partner in the white-collar defence and investigations group at Cadwalader, Wickersham & Taft LLP. He served for nearly a decade as an Assistant US Attorney for the Southern District of New York. As co-chief of the White Plains Division, he supervised investigations and prosecutions involving public corruption, securities fraud, bank and wire frauds, Medicare and federal programme frauds, RICO violations, violent crimes, and other criminal violations. He also served as co-chief of the Violent Crimes Unit. Todd has extensive trial experience, serving as counsel in 15 federal jury trials. Todd is a recipient of the Director’s Award from the US Department of Justice for Superior Performance as an Assistant US Attorney. Todd received his undergraduate degree in political science and inter­disciplinary studies from American University, and his law degree, cum laude, from Brooklyn Law School, where he was the editor of the Brooklyn Law Review. He held clerkships with the Hon. Joseph F Bianco for the US District Court for the Eastern District of New York and the Hon. Denny Chin of the US District Court for the Southern District of New York (both now judges of the US Court of Appeals for the Second Circuit).