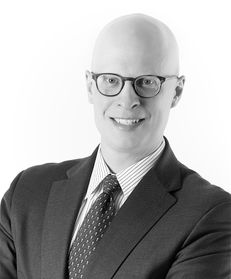 Tom is a partner and the firm’s head of arbitration based in the Dubai office. He is experienced in international commercial arbitration, international investment disputes, state-to-state arbitration and foreign sovereign immunity issues. His experience covers a wide range of industries, sectors and types of disputes, including oil-and-gas, construction, hospitality, telecommunications, automobile manufacturing, shareholder disputes and joint-venture disputes.

From 2001 to 2009, Tom was a member of the legal team representing the Ethiopian government before the Eritrea-Ethiopia Claims Commission, an international arbitral tribunal that adjudicated claims for loss, damage and injury arising during an international armed conflict. In this context, he worked as a resident attorney in Addis Ababa for three years.

Tom is ranked for dispute resolution in Chambers United Arab Emirates (2020), where he is described as “a knowledgeable and diligent attorney” who is “fully abreast of all developments and trends in the area of arbitration.” In The Legal 500 United Arab Emirates (2020), Tom is described as having “cross-examination skills [that] are excellent. He listens hard, is polite to witnesses and yet wields an iron fist beneath his velvet glove.” He is also listed in Who’s Who Legal Future Leaders – Arbitration.

Tom has sat as an arbitrator and is on the panel of arbitrators of several arbitral institutions around the world. He is also a member of the Court of Arbitration of the Singapore International Arbitration Centre (SIAC).

Tom frequently writes and speaks on topics involving international law and dispute resolution. Prior to relocating to Dubai, he was a professorial lecturer in law at the George Washington University Law School in Washington, DC.