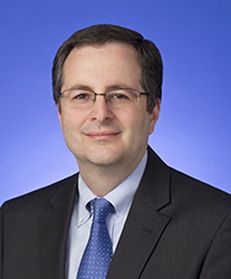 Thomas Perrelli is a partner at and chair of Jenner & Block LLP. He co-chairs the firm’s government controversies and public policy litigation practice group. He regularly represents companies facing complex litigation, regulatory and public policy issues. He has significant expertise in dealing with disputes and investigations involving the US Department of Justice (DOJ) and state attorneys general. He has served as monitor over three companies – Citibank, Bridgepoint Education and Education Management Corp.

Prior to rejoining Jenner & Block in 2012, Mr Perrelli served as the Associate Attorney General of the United States, the third highest-ranking official at the DOJ. In that role, he oversaw the Department’s Civil, Antitrust, Civil Rights, Environment and Natural Resources, and Tax Divisions, the United States Trustee Program, the Office of Justice Programs and the Office on Violence Against Women, among others. Among numerous high-level, multiparty negotiations, he led the US government’s efforts to negotiate a US$25 billion settlement to resolve claims against financial institutions for servicing of mortgages, and negotiated the creation of a US$20 billion fund to compensate victims of the Deepwater Horizon oil spill.