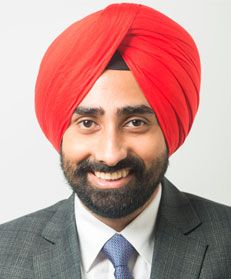 Sherbir Panag is one of India’s foremost white-collar crime lawyers and a partner at the Law Offices of Panag & Babu. Sherbir’s multi-disciplinary white-collar crime practice has been listed and ranked by Chambers and Partners, Who’s Who Legal and The Legal 500. He was recently recognised as a Thought Leader for Business Crime Defence (Corporates) by Who’s Who Legal and Global Investigation Review, and has been ranked as one of the 40 under 40 Rising Stars of India by Legal Era. Sherbir has led investigations and acted as defence counsel in some of India’s most high-profile cases, which have also had an interplay with law enforcement in the United States, Europe and Asia. These matters have involved allegations of bribery and other misconduct under Indian and foreign anti-corruption laws; financial and regulatory fraud; procurement fraud; violation of sanctions laws; and violation of corporate governance norms. Sherbir’s representative experience spans the entire spectrum of India courts including the Supreme Court of India. Sherbir is a Senior Fellow at the Wharton School’s Carol and Lawrence Zicklin Center for Business Ethics Research and a member of Cornell University's Meridian 180. He also serves on the Advisory Group of the Deutsche Gesellschaft für Internationale Zusammenarbeit’s Alliance For Integrity.