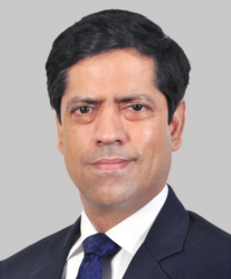 Sanjeev K Kapoor is a partner in the litigation department of Khaitan & Co Sanjeev, through rich and diverse practice of over 19 years, has gained invaluable experience in constitutional law, general trade and commercial laws, arbitration as well as laws relating to environment, energy, infrastructure and mining. Sanjeev is a registered advocate on record with the Supreme Court of India since 2003. Alternative dispute resolution before national and international forums has been one of his areas of expertise and forte. He has assisted and appeared before the domestic arbitral tribunals, tribunal constituted under the bilateral investment treaties as well as institutional arbitral tribunals constituted under the ICC, LCIA, SIAC, JAMS, LMAA, among others, and has assimilated an in-depth knowledge and understanding of commercial and investment arbitrations covering a vast array of issues. He has also assisted clients in proceedings for enforcement of arbitral awards. Sanjeev has appeared and successfully handled and also argued cases before various forums and courts including the Supreme Court of India, before various state High Courts and domestic and international arbitral tribunals.  He has appeared in and assisted in prominent and landmark public interest cases. He has also been a speaker and a panelist in various conferences and seminars organised by august bodies like, Union Internationale des Avocates (UIA), Global Arbitration Review, International Bar Association, London Court of International Arbitration, India, Indian Council of Arbitration (ICA) etc. He is also an avid writer and has written articles for reputed publications like International Law Office, Financier World Wide, Money Control, India Business Law Journal, Practical Law Co., Mondaq, Bar & Bench to name a few. He has been highly recommended as a leading dispute resolution lawyer by reputed legal publications.