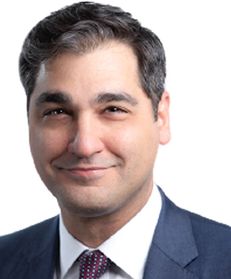 Sam Amir Toossi is a partner in Akrivis Law Group’s New York office and heads the firm’s white-collar defence and commercial litigation practice. Mr Toossi has nearly 20 years of litigation experience as a commercial litigator, a state and federal prosecutor, and an in-house attorney at a major company. Mr Toossi represents individual and corporate clients in internal and government investigations and white-collar criminal defence, with a particular focus advising on sanctions and export control matters, anti-money laundering, bribery and corruption matters.

For seven years, Mr Toossi was an Assistant United States Attorney in the United States Attorney’s Office for the Eastern District of New York, where he served as deputy chief of the office’s International Narcotics and Money Laundering Section. In 2015, he received the Attorney General’s Award for Exceptional Service, which is the Department of Justice’s highest award for employee performance. In 2014, he received the Federal Law Enforcement Foundation Federal Prosecutor Award, which is among the most prestigious law enforcement awards in the New York region.