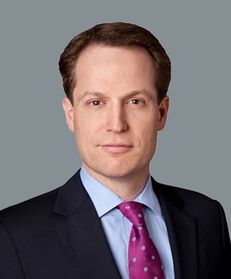 Consistently recognized as the leading lawyer for UK and EMEA-based clients facing U.S. government criminal and regulatory investigations, Mr. Burlingame is described by Chambers UK as "the go-to guy for any case with a U.S. angle". Who’s Who Legal Investigations 2020 raves "investigations lawyers do not come any better than Roger Burlingame", with Chambers UK 2020-2022 noting that "he really fights for clients and gets great results", and "he is an excellent lawyer" who "maintains a stellar reputation for his expertise in cross-border white-collar matters with a U.S. dimension". The Legal 500 UK ranks him as a Leading Individual for white collar crime (2022), describing him as "a seasoned and very experienced litigator in financial crime cases", with "superb client skills and is excellent on extradition" (2020). Also ranked by Chambers High Net Worth 2021, peers comment: "if we ever were conflicted out, Roger would be my first call. He is at the top of any list for representing high net worth individuals"; "[he is] very good at handling the dynamics of complex financial crime matters"; "[Burlingame] is a zealous advocate for his clients and he always has his clients' best interests at heart".

As a prosecutor, Mr. Burlingame served as Chief of the Public Integrity Section and Senior Trial Counsel in the Business and Securities Fraud Section at the U.S. Department of Justice (as an Assistant U.S. Attorney in the Criminal Division of the U.S. Attorney's Office for the Eastern District of New York). In these roles, he led and supervised scores of white-collar criminal matters, including bribery/FCPA investigations, securities, tax, corporate, healthcare and accounting frauds, and collusive market practices cases. Mr. Burlingame also led and oversaw mutual legal assistance treaty requests and extraditions.

For his work at the Department of Justice, Mr. Burlingame won numerous awards, including the New York City Bar Association’s Henry L. Stimson Medal, presented annually to the top federal prosecutor in each of New York’s two U.S. Attorney’s Offices, the Federal Law Enforcement Foundation’s "Investigator of the Year" award and the Council of Inspectors General "Excellence in Investigation" award.

Mr. Burlingame is an active contributor to the legal community, frequently speaking at conferences and authoring articles on defending clients from cross-border government investigations. His writing has appeared in publications such as The New York Law Journal; Global Investigations Review; Law 360; The European, Middle Eastern and African Investigations Review; Fraud Intelligence and Bloomberg BNA. For many years, Mr. Burlingame also taught a seminar in U.S. federal prosecution at New York University School of Law.