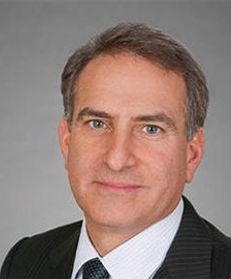 Rich Strassberg, chair of Goodwin Procter’s white-collar crime and government investigations practice and a member of the firm’s executive committee, specialises in white-collar criminal defence, SEC enforcement proceedings, FCPA compliance and investigations, internal investigations, and complex business and financial litigation. Mr Strassberg is a Fellow of the American College of Trial Lawyers, one of the premier legal associations in America. He has twice been recognised by The American Lawyer as ‘Litigator of the Week’ as a result of his securing extraordinary victories in some of the most closely followed white-collar trials in the country. He is also acknowledged by his peers as being one of the finest white-collar attorneys, twice being cited in Law 360 by white-collar partners at other firms as being the white-collar lawyer that impressed them, or that they most feared to go up against in court. Mr Strassberg is consistently ranked in Band One by Chambers USA as among the top New York-based white-collar defence lawyers, is rated as being among the Top 100 lawyers in New York by New York Super Lawyers and is regularly included in The Best Lawyers in America and other surveys of the top white-collar litigators in the country. Mr Strassberg co-authors a quarterly column on Federal Civil Enforcement in the New York Law Journal, authored a chapter in the book Beyond A Reasonable Doubt, has published numerous articles in various legal periodicals, including several on the FCPA, has been a legal commentator on numerous programmes, including NPR, Fox News, Dateline and the Financial Management Network, and has been a guest speaker for various organisations, including the American Bar Association, the New York Council of Defense Attorneys and the Federal Bar Council. Prior to joining the firm, Mr Strassberg was the chief of the major crimes unit in the US Attorney’s Office for the Southern District of New York, responsible for supervising approximately 25 Assistant US Attorneys in the prosecution of complex white-collar criminal cases.