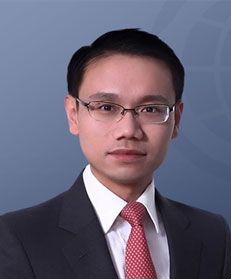 Qing Ren is a partner at Global Law Office, Beijing. As a leading international trade lawyer recommended by Chambers and Partners and The Legal 500, Mr Ren has extensive experience in export control and economic sanctions. He has advised, represented or defended many renowned Chinese and foreign companies across various sectors, such as machinery, telecommunications equipment, aerospace, military, semiconductor, AI, internet, automotive, engineering, energy, chemicals, pharmaceuticals, banking, insurance, investment banking, financing leasing and shipping. He also advises government authorities on free trade agreement negotiations and once represented CCOIC in response to the United States Trade Representative’s 301 investigation against China. He was consulted by legislative and administrative authorities during the legislative process of the Export Control Law and related regulations. Being proficient in World Trade Organization (WTO) law, Mr Ren has been elected as an executive director of the WTO Law Research Society of China Law Society.

Prior to practising as a private lawyer, Mr Ren worked at the Department of Treaty and Law in the Ministry of Commerce of China, as deputy director.