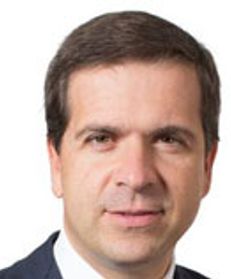 Pietro M Fioruzzi is a partner based in the Milan office of Cleary Gottlieb Steen & Hamilton LLP. Mr Fioruzzi’s practice focuses on advising international and Italian corporate clients and investment banks on a wide range of disputes.

Mr Fioruzzi represents clients in internal investigations as well as before Italian courts with regard to capital markets, corporate and regulatory matters. He assists clients in investigations and matters related to coordinating investigations by administrative authorities and compliance by administrative and supervisory boards with their corporate governance obligations. He also advises public Italian companies as to board structure and practice and special committees, as well as on compensation and benefit matters.

Mr Fioruzzi joined the firm in 1997 and worked in the New York office until 1998, when he moved back to Italy to the firm’s then newly opened Rome office. He was resident in the Rome office from 1998 through 2001, when he helped open the Milan office, and became a partner in 2006. Mr Fioruzzi graduated with honours from the State University of Milan law school in 1993 and received an LL M degree from Harvard Law School in 1997. He spent the 1996 academic year as a visiting scholar at the University of Munich. Prior to joining the firm, he worked at the law firm of Professor Pier Giusto Jaeger until spring 1995.

Mr Fioruzzi is a member of the Bars in Milan and New York. He is a native Italian speaker and is fluent in English and German.