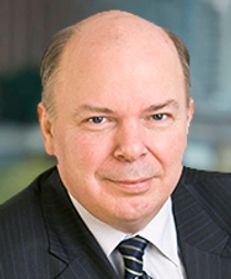 Paul Melling is an English solicitor who has spent his entire professional career working in the countries of the former USSR, having opened Baker McKenzie’s Moscow office in January 1989. He has been resident and practising law in Moscow for over 30 years. In addition to being the founding partner of Baker McKenzie Moscow, he also opened his firm’s Almaty office in 1995. He is the founder and leader of Baker McKenzie’s compliance and investigations group in Moscow. He is also honorary legal adviser to the British Ambassador to Russia and a member of the Advisory Council of the Russo–British Chamber of Commerce.Paul is known particularly for his work with multinational corporations in the life sciences sector (both pharmaceuticals and medical devices). In Chambers Europe 2020, he is ranked as an ‘Eminent Practitioner’ in the life sciences section and, as far back as 2009, he received the Distinguished Service Award from the Association of International Pharmaceutical Manufacturers for his ‘Outstanding Contribution to the Development of the Russian Pharmaceuticals Market’.