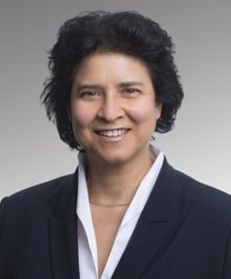 Dr Patricia Nacimiento is the co-head of the German dispute resolution practice. She has over 20 years of experience as a disputes practitioner. Her practice spans a wide range of disputes work with a special focus on domestic and international arbitration, as well as investor–state disputes. Patricia has significant experience in disputes related to energy, construction and post-M&A. The German government appointed her in 2007 as one of four arbitrators to the panel of arbitrators at the International Centre for Settlement of Investment Disputes (ICSID). As a party representative, she has conducted over 150 arbitration proceedings under the rules of numerous arbitration institutions – including ICC, ICSID, SCC, CIETAC, DIS, LCIA, ICDR, Swiss Chamber of Commerce, Indian Council of Arbitration and the Danish Institution of Arbitration, as well as ad hoc proceedings. She is also regularly appointed as an arbitrator and has led numerous international ICC, DIS and ad hoc arbitration proceedings as a chairperson, sole arbitrator or party-appointed arbitrator. For years Patricia has been listed as a leading disputes expert in the renowned rankings. She publishes regularly on disputes-related subjects and is co-editor of the leading arbitration manuals Arbitration in Germany – The Model Law in Practice (Kluwer 2015) and The New York Convention – a Global Commentary (Kluwer 2008). Patricia gives lectures on arbitration at the universities of Heidelberg, Frankfurt and Saarbrücken. A native German speaker, Patricia is also fluent in English, Spanish, Italian and French.