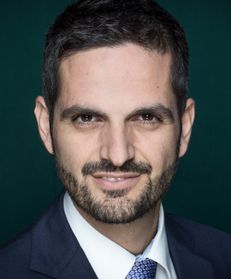 Nicolas C Herren is a partner and a member of the litigation and arbitration group in Geneva. He specialises in national and cross-border banking/commercial disputes, in particular stemming out of contractual and regulatory issues. His activity also covers enforcement proceedings such as complex cross-border bankruptcies or recognition of foreign judgments. In addition, he has a broad experience in white-collar crime and international mutual assistance in criminal and administrative matters.

After graduating from the universities of Geneva and Bern (lic. iur. 2003), Nicolas C Herren worked at the University of Geneva as an assistant lecturer in the fields of white-collar crime and international mutual assistance in criminal matters from 2004 to 2008. He was also involved in the development of a training programme on the Swiss and cross-border anti-money laundering legislation, addressed to private banks' employees and directed by the Centre for Banking and Financial Law of the University of Geneva. After obtaining a DEA (LLM) at the University of Geneva in 2008, Nicolas C Herren joined Pestalozzi as a junior associate and, following his admission to the Geneva Bar in 2010, as an associate, before becoming partner in 2016. He is an active member of different law associations such as the International Association of Young Lawyers (AIJA) and the Geneva Association of Commercial Law (AGDA). He is president of the AIJA Commercial Fraud Commission and member of the AIJA executive committee.