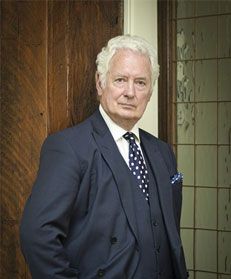 Nicholas Purnell’s practice in commercial and business crime and in regulatory and professional disciplinary matters has spanned over four decades. Typically instructed at the early stages of investigations pre-charge, he advises clients in cases under examination by global regulatory and prosecuting authorities including the Serious Fraud Office (SFO), the Financial Conduct Authority, the US Department of Justice and the Securities and Exchange Commission.

The development of collaborative investigations across jurisdictions has brought about the need for teams to be in place to provide joint advice on the impact of managing the response to investigations on a global basis. Nicholas has specialist experience in the development of the appropriate strategy to enable businesses to develop and cope with the resource demands imposed by such investigations.

Nicholas acted for ICBC Standard Bank throughout the first ever deferred prosecution agreement to be approved in the United Kingdom. Following months of negotiations with the SFO, Nicholas appeared before the President of the King’s Bench Division at the High Court where the terms of the agreement were finalised. This case marked Nicholas’s hat-trick of firsts: the first civil settlement with the SFO for Balfour Beatty; the first attempt at a simultaneous global settlement in the United States and the UK with the SFO in Innospec; and the combination of this first charge under section 7 of the Bribery Act in achieving this deferred prosecution agreement with the SFO.

Nicholas successfully represented clients in the United Kingdom over allegations made by the SFO against Tesco and Barclays and advised one of the three DePuy International executives who was on trial in Athens.