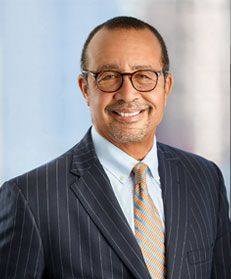 Milt’s practice focuses on white-collar criminal and regulatory matters, employment law, litigation and advisory work representing corporations, and complex commercial litigation. He has litigated discrimination claims, Dodd-Frank and Sarbanes-Oxley retaliation claims, and SEC and IRS whistleblower claims on behalf of employees, and he has tried over 55 cases (both civil and criminal) to verdict. Before joining Walden Macht & Haran, Milt served as Deputy General Counsel and Chief Compliance Officer at Time Inc, where his responsibilities included compliance, the Foreign Corrupt Practices Act, OFAC, and Sarbanes-Oxley, as well as intellectual property, privacy, data security, and other cutting edge areas. At Time Inc, Milt actively litigated a variety of employment law matters on behalf of the company concerning race, age and gender discrimination, and independent contractor litigation. In 2013, Milt was appointed co-chair of the Moreland Commission to investigate public corruption. Earlier in his career, Milt served as an Assistant US Attorney in the US Attorney’s Office (USAO) for the SDNY. His last assigned unit in the USAO was the Securities and Commodities Fraud Force. He was also an Assistant District Attorney in the Manhattan District Attorney’s Office. Milt is a graduate of Amherst College and the University of Michigan Law School in Ann Arbor.