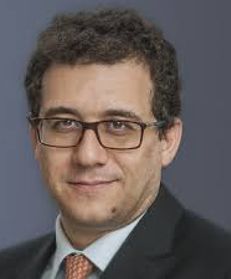 Luigi is a partner at Ughi e Nunziante since 2017. Luigi joined Ughi e Nunziante in 2012 following eight years in a primary Italian firm where he gained considerable experience in litigation, arbitration, corporate law and contract law, especially in the energy, financial and insurance sectors.

Luigi regularly assists Italian and foreign companies before arbitration tribunals (ad hoc, ICC, Camera Arbitrale di Milano, ICSID etc), as well as before Italian courts. Luigi has also experience as arbitrator in commercial disputes and is a member of the pool of arbitrators and mediators of the Court of Arbitration of Art. After graduating in law at the University ‘La Sapienza’ in Rome, Luigi focused on comparative and international commercial law; he obtained a master at the University of Aix-en-Provence in droit des affaires internationales and later got a PhD in comparative and uniform commercial law at the University ‘La Sapienza’ in Rome, as well as a postgraduate diploma in International Commercial Arbitration at Queen Mary University of London.

Following years as a teaching assistant for the comparative private law department of the University ‘La Sapienza’ and the LUISS Guido Carli University of Rome, Luigi now regularly teaches at various master's organised by such universities, and principally deals with corporate law, international private law and contract law. In 2006, he was admitted to the bar and in 2018 he was admitted to practise before the Supreme Court of Cassation and the High Courts.

He is fluent in Italian, English and French and has a working knowledge of Spanish and Portuguese.