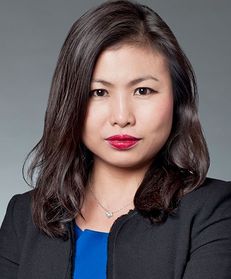 Koh Swee Yen is a partner in the commercial and corporate disputes practice at WongPartnership LLP. She has an active practice as counsel in complex litigation before the High Court and Court of Appeal and in international arbitrations under the major institutional rules, including ICSID, ICC, ICDR, SIAC and UNCITRAL. Her practice encompasses a wide spectrum of matters from corporate and commercial to banking, fraud, trust, energy, international sales, trade and investment disputes. She also regularly advises on corporate governance, compliance, regulatory and risk management issues and employment matters. Ms Koh was placed on the Supreme Court’s Young Amicus Curiae 2009/2010 list, and was commended for her ‘clear and crisp thoughts on the issue assigned to her’ as amicus curiae. She has also been appointed as the law clerk to assist the Competition Appeal Board in the very first and subsequent appeals lodged against the Competition Commission of Singapore’s Infringement Decisions relating to price fixing matters. Described as a ‘marvel’ in Global Arbitration Review 100 – ninth edition (2016), she is the only Singapore law firm lawyer to make the Chambers Outstanding Young Partners list for Singapore (2017). She is recommended in various legal publications, including The Legal 500: Asia Pacific for dispute resolution and Chambers Asia-Pacific for arbitration, with one source declaring ‘she’s in a league of her own, she’s very impressive and she’ll go very far’. Ms Koh is regarded as one of the ‘outstanding members of the next generation’ under the age of 45 in Who’s Who Legal: Arbitration – Future Leaders 2017. Having also been identified by Asian Legal Business in their inaugural ‘40 Under 40 list’, which showcases 40 of the brightest young legal minds across Asia, she was praised for her ‘keen sense of strategy’ and ‘great ability to quickly grasp her clients’ perspective and understand their commercial issues’.