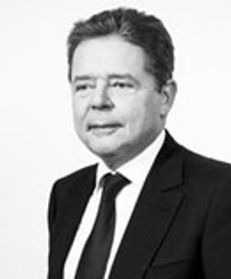 Kiril Bougartchev studied at Panthéon Assas University Paris II. He holds postgraduate diplomas in business law (Magistère) and tax law (DESS). He joined Gide Loyrette Nouel where he became, in 1999, partner of the litigation and white-collar crime department. Kiril joined Linklaters LLP in June 2007, where he was made co-head of the dispute resolution practice in Paris and facilitator of the Linklaters LLP global white-collar crime group.

Kiril was formerly a Secrétaire de la Conférence des Avocats of the Paris Bar. Since 2011 he has been an external contributor and examiner on the legal and tax management MSc degree at EDHEC Business School.

Kiril Bougartchev co-founded with Emmanuel Moyne the Bougartchev Moyne Associés AARPI law firm in January 2017, which was recognised by Best Lawyers 2020 as the best criminal law firm in France for 2020.

Kiril Bougartchev has been and is still involved in many notorious white-collar crime cases, including sensitive political and financial matters. He is also involved in regulatory disputes (including regulatory matters before the French Financial Markets Authority, the French Anticorruption Agency and the French Prudential Supervisory Authority) as well as in complex civil and commercial litigation.

In 2018 and 2019, he has been ranked by Chambers Europe Band 1 in white-collar crime (Interviewees highlight the ‘’global reach’’ that Kiril Bougartchev of Bougartchev Moyne Associés AARPI is able to provide. He has a great deal of experience in white-collar crime issues, particularly related to the financial sphere, and has advised on fraud, money laundering and criminal investigations”) and Band 2 in internal compliance and investigations (“Kiril Bougartchev of Bougartchev Moyne Associés AARPI is well known for his criminal law acumen. He acts before the French authorities on behalf of a diverse roster of clients from industries such as energy, banking and aerospace, handling matters ranging from fraud to regulatory compliance”). Kiril Bougartchev has also been ranked in 2018 and 2019 among the best lawyers in France (Expert Guide). For The Legal 500, Kiril Bougartchev was praised for his “strategic vision in complex cases”. Décideurs Magazine ranked him in 2018 and 2019 among “Incontournable” lawyers in white-collar crime, among “Excellent” ones in commercial litigation and in 2019 among the “Highly recommended” lawyers in financial and post-acquisition litigation. It ranked him in 2018 among “Excellent” lawyers in international investigations, internal investigations and compliance programme.