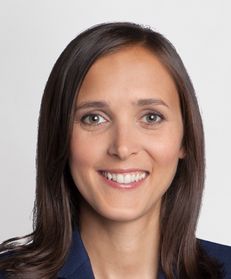 Katherine Bell is a partner in Schellenberg Wittmer’s dispute resolution and construction group in Zurich. Her main areas of practice are domestic and international commercial litigation and arbitration. She specialises in the resolution of disputes arising out of complex construction, engineering and infrastructure projects across a variety of industries. She acts as counsel and arbitrator in international arbitral proceedings, represents parties in litigation proceedings before Swiss courts, and assists clients in the drafting and negotiation of construction contracts. Examples of Katherine's expertise in construction matters include: representing a multinational company in an ICC arbitration against a shipyard operator in a dispute over a contract regarding the delivery of technical equipment; representing a German party in ICC arbitration proceedings against an Eastern European party in a dispute under a series of supply and engineering contracts related to a metals processing plant; representing the Swiss subsidiary of an Austrian construction company in litigation proceedings before Swiss courts against a Swiss property developer in a dispute related to a turnkey contract for the construction of a business hotel; and acting as sole arbitrator in an arbitration under the Swiss Rules between an Austrian company and a Turkish company related to a dispute over the engineering and supply of electro-mechanical equipment. Katherine regularly publishes in her areas of expertise. She is a member of several professional institutions, including the Swiss Arbitration Association, the Arbitral Women Association, the ICC Young Arbitrators Forum and Construction. In 2019 and 2020, Katherine was recognised as a Future Leader by Who's Who Legal in Construction.