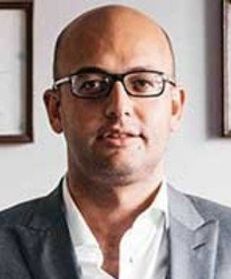 Dr Karim A Youssef is the managing partner and head of international arbitration and international law practices at Youssef & Partners in Cairo, Egypt, a GAR 100-ranked full-service law firm, whose flagship practice is commercial and treaty arbitration and high-end and diverse litigation, with a focus on complex and high-value claims. Karim has acted as counsel, party-appointed or presiding arbitrator in over 103 international arbitrations under a variety of arbitration rules including the ICC, CRCICA, DIAC, LCIA, SCC, UNCITRAL and ICSID. He has also acted in ad hoc arbitrations governed by national laws. Karim represents regional and international clients in high-profile local and regional disputes and large-value claims, across a wide array of industries and key sectors, including energy, mining, hospitality, construction, development, technology, telecommunications and infrastructure. Highlights of Karim’s counsel work include representing investors in investment treaty claims, including in Cementos La Union SA & Aridos Jativa SLU v the Arab Republic of Egypt, as well as representing investors in a bet-the-company dispute worth over US$2 billion involving a Middle Eastern seaport. Karim played a major role in Arab Spring disputes in Egypt and the region, including in disputes concerning the post–2011 unwinding of Moubarak-era privatisation transactions and disputes relating to mega-projects in Egypt and the Middle East. Karim was educated at Yale Law School (where he received LLM and JSD degrees), the University of Paris (Sorbonne) and Cairo University.