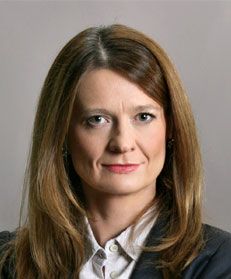 Heads the firm’s dispute resolution practice group. She has been specialising in litigation and arbitration for more than 15 years.

Justyna began working with Łaszczuk & Partners in 1999 and became a partner in the firm in 2005. From 2010 to 2019 she was the firm’s managing partner. She is an advocate and a member of the Warsaw Bar.