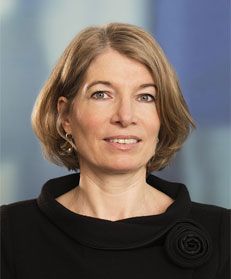 Judith is a leading and consistently ranked band 1 practitioner specialising in white-collar crime, fraud, money laundering, corruption, and regulatory and criminal investigations and prosecutions. She has successfully represented corporate clients, including leading financial institutions, in some of the most significant and complex investigations mounted by the SFO and FCA in the United Kingdom and by prosecuting authorities across the globe. She has successfully represented individuals in a number of the highest-profile investigations.

Judith has conducted numerous internal investigations for clients involving highly sensitive matters, successfully defended clients against threatened actions by the SFO and FCA and other government agencies, and guided clients through the myriad and often unexpected challenges of navigating cross-border investigations. Judith’s professional career began at a leading specialist criminal law practice in central London led by the late Rod Fletcher. She made partner there in 2002. In 2008, she moved to a magic circle firm, where she became director in 2011 and partner in 2014; she was one of the first criminal law practitioners to join a magic circle firm, as the need for specialist criminal practitioners to deal with the growth of investigations and prosecutions of white-collar crime became essential. She joined Ropes & Gray in 2018.

Described by Chambers as ‘excellent’ and by Who’s Who Legal as ‘sharp and clever’, she is acknowledged by her peers, clients and the legal press as a thoroughgoing and trenchant litigator, with an eye for detail, yet strategic, committed and indefatigable in the representation of her clients.