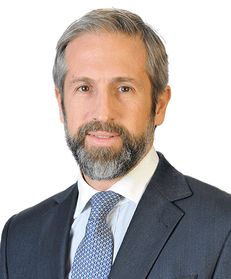 Juan M Diehl Moreno has been a partner in Marval O’Farrell Mairal’s banking and corporate finance department since 2006. He is head of the fintech department. He has broad experience in fintech, foreign investments, M&A, banking, FX and capital controls, and capital markets law. In recent years, digital innovation has had an unprecedented impact on financial services, which has led him to carry out an increasingly active role in providing a full range of strategic legal advice to financial institutions and fintech innovators, many of whom need advice while developing and adopting products and services, such as e-payment platforms and apps, blockchain and cryptocurrencies, digital loans and factoring, and digital banking. His professional practice is also focused on local and international financial and commercial transactions. Chambers and Partners, International Financial Law Review (IFLR1000), PLC Practical Law Company, International Law Office (ILO) and the Argentine magazine Apertura have recognised Juan for several years as a ‘leading lawyer’ in his fields of practice. In 2019, he was recognised as a recommended lawyer in the fintech category by Who’s Who Legal, and in 2020, as excellent lawyer in fintech by Leaders League. He was recognised by the ILO Client Choice Awards as the best Argentine lawyer in the area of banking in 2016 and 2018, and in asset finance in 2017. Chambers and Partners has ranked Juan as Band 1 in fintech and described him as ‘an exceptional lawyer, who is not only capable of dealing with banking and FinTech legal matters, but who also has a broad understanding of their commercial context’. It also noted his ‘straightforward style and a business-oriented view’ and his political sense and practicality in transactions ‘which makes it easy for a multinational company to work with him’.