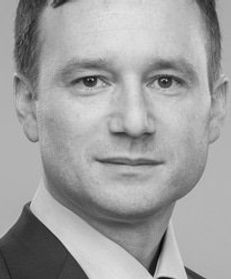 A Partner in the Firm’s New York office, Josh Levine regularly represents corporations, their boards, and executives in investigations by United States Attorneys’ Offices, the Securities and Exchange Commission, the New York Attorney General, the Commodity Futures Trading Commission and the Antitrust Division and Fraud Section of the Department of Justice. Josh has also conducted internal investigations for companies across a variety of industries, including financial services, biotechnology, energy and pharmaceuticals.Prior to joining the Firm, Josh served as an Assistant United States Attorney in the Southern District of New York from 1999 to 2007, where he was a member of the Securities and Commodities Fraud Task Force, as well as the Chief of the International Narcotics Trafficking Unit. As a federal prosecutor, Josh handled a wide array of criminal investigations and prosecutions including securities fraud cases involving market manipulation, accounting fraud, mail and wire fraud, and deceptive practices in connection with mutual fund trading. He also conducted numerous jury trials and briefed and argued appeals before the Second Circuit. Josh was a recipient of the Justice Department’s Director’s Award for Superior Performance by an Assistant United States Attorney.Josh is consistently recognized as a leading lawyer in white-collar crime and government investigations by Chambers USA, where he was praised for his “incredibly calm and thoughtful” approach, and another source notes: “he has the intellectual capacity to understand the very technical securities matters.” He is also recognized as a leader in his field by both The Legal 500 and Euromoney’s Benchmark Litigation, where he is recognized as a National and New York “Litigation Star” for white collar. Josh is also a member of the Criminal Justice Act Panel for the Southern District of New York, where he represents indigent defendants charged with federal criminal offenses, and serves as Co-Chair of the Firm’s Pro Bono Committee.Josh is admitted to the bar in New York and to practice before the United States District Courts for the Southern and Eastern Districts of New York and the United States Court of Appeals for the Second Circuit. He received his A.B., with distinction in all subjects, from Cornell University in 1991, and his J.D., cum laude, from the University of Michigan Law School, where he was elected to the Order of the Coif. After law school, Josh served as a law clerk to the Hon. Shira A. Scheindlin of the Southern District of New York. Prior to law school, he served as Special Assistant to United States Senator Daniel Patrick Moynihan.