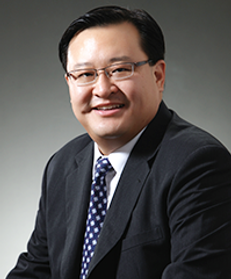 John P Bang is the head of the International arbitration and cross-border litigation practice group at Bae, Kim & Lee LLC and its co-founder. He has represented parties in over 200 domestic and international arbitral proceedings seated in Asia, Europe and North America, ranging from multi-million to multi-billion dollar disputes. He also has vast experience of overseeing foreign litigations on behalf of Korea-based clients and managing Korean litigation proceedings in support of foreign litigations and arbitrations.

John has been repeatedly recognised as a leading arbitration practitioner in Chambers Asia (2008–present), Asialaw Leading Lawyers (2008–present) and Who’s Who Legal (2007–present). In 2011, John was included in GAR’s exclusive “45 under 45” list, where only a total of five individuals were selected from Asia. Chambers Asia reports a client commenting on John as “a skilled advocate with deep experience of hearings and strong witness examination skills”. John was recognised as “Disputes Star of the Year” for South Korea at the Asialaw Asia-Pacific Dispute Resolution Awards in 2016. In April 2018, he received a Special Commendation from the Minister of Justice of Korea for his contribution to the development of arbitration in Korea.

And in November 2019, John was awarded “Dispute Resolution Star of the Year” at the ALB Korea Law Awards. John currently holds several noteworthy positions. He is an executive committee member of the Korea Council for International Arbitration and a senior officer in the IBA Litigation Committee.