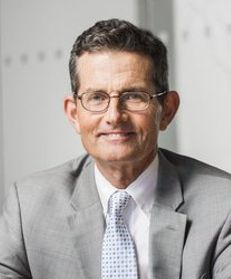 John Gleeson is a partner at Debevoise & Plimpton LLP in New York, where he is a member of the white-collar and regulatory defence group and of the commercial litigation group. In addition to his active trial and appellate practice, handling both criminal and civil cases, Mr Gleeson advises company boards, conducts internal investigations, mediates disputes and serves public and private entities and individuals in various expert capacities.

For 22 years before joining Debevoise in 2016, Mr Gleeson was a United States District Judge in the Eastern District of New York. He authored more than 1,500 published opinions (including 14 for the United States Court of Appeals for the Second Circuit, sitting by designation) and presided over more than 200 civil and criminal jury trials. Mr Gleeson was a member and chair of the Defender Services Committee of the Judicial Conference of the United States.

Before his appointment to the bench in 1994, Mr Gleeson was an Assistant United States Attorney. He served as chief of appeals, chief of special prosecutions, chief of organised crime and chief of the criminal division. He was lead counsel in the successful racketeering and murder trials of John Gotti and Vic Orena, the bosses of the Gambino and Colombo crime families of La Cosa Nostra, respectively, and he received the Attorney General’s Distinguished Service Award for his role in the Gotti case.