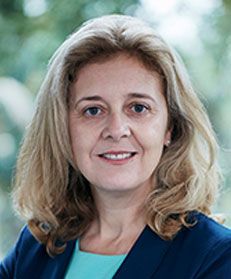 Joanna is a partner in the Baker McKenzie Dispute Resolution team based in London, leads the market-leading Regulatory, Public & Media law team and co- chairs the firm's Global Compliance & Investigations Group. Joanna advises clients in the areas of corporate investigations, administrative and public law, procurement law and litigation. She has particular expertise in the healthcare, technology and energy, mining and infrastructure sectors. Jo handles all kinds of high court litigation as well as investigations, including into issues of bribery, corruption and fraud. She advises clients, frequently at board-level, on regulatory compliance and crisis and reputation management. Joanna has been recognised by several industry directories and has won numerous awards for her work. Most recently she has been named one of The Lawyer's "Hot 100" for her practice, recognised by Who's Who Legal as a Future Leader of Legal Investigations and described as having an "excellent reputation within the market", ranked by Chambers & Partners with commentators saying "she is 'excellent, knowledgeable and well connected'", and acknowledged by the Financial Times as a Champion of Women in the annual FT HERoes awards.