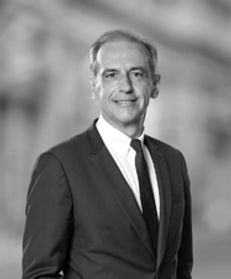 Jean-Pierre Picca is a partner in the white-collar crime and regulatory group of the Paris office. A senior legal adviser to the president of the French Republic between 2010 and 2012 as well as senior prosecutor, Jean-Pierre held a variety of high-level duties within the French judiciary before joining the firm.

He notably performed functions as a senior liaison legal adviser to the US Department of Justice between 2002 and 2007. Jean-Pierre has 30 years of experience in the criminal area both as a prosecutor in France and in the United States and as a defence lawyer. He was involved in landmark cases such as the Concorde crash, the Executive Life/Crédit Lyonnais matter and the criminal investigations in the aftermath of the 9/11 terrorist attacks.

Jean-Pierre has been at the forefront of headline financial investigations and crossborder complex litigation, advising several leading French banks in major investigations driven notably by the French and US authorities. He has acquired an in-depth knowledge of strategic issues and frequently advises senior management of his clients.

He has represented both companies and individuals in the course of major international sanctions cases. He is also deeply involved in the context of the EURIBOR/LIBOR investigations alongside a major international bank. He regularly advises a major private equity fund on several aspects: anti-corruption, criminal investigations, transfer and sale of shares. Jean-Pierre also assists several clients on complex compliance issues (governance and compliance with AML regulations in France and abroad). He has recognised skills in crisis management and complex cross-border disputes.