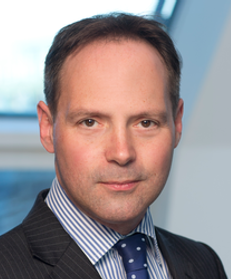 James Hope is head of  international arbitration at the Stockholm office of  Vinge in Sweden. He is a dual-qualified Swedish advokat and English solicitor-advocate, and is well placed to compare common law and civil law practices and procedures. He has acted as counsel or arbitrator in more than 80 international arbitration cases, ranging from small cases worth around US$100,000 to highly complex cases worth more than US$50 billion. James has sat as arbitrator in international arbitrations under the ICC, SCC, Danish Institute of  Arbitration, UNCITRAL and Finnish Chamber of  Commerce arbitration rules, in Stockholm, London, Paris, Oslo, Copenhagen and Helsinki, under Swedish, English, Danish, Norwegian, Russian, Ukrainian and Finnish substantive laws, as well as under CISG. He is a member of  the ICDR international panel of  arbitrators, the CIETAC panel of  arbitrators and the Asian International Arbitration Centre panel of  arbitrators. He is also a CEDR accredited mediator. In addition to private practice, James is a part-time supervisor and lecturer for the master’s programme in international commercial arbitration law at Stockholm University, and a guest lecturer at both Edinburgh University and Uppsala University. He is the author of  a number of  articles on dispute resolution issues and is a frequent speaker at conferences. From 2013 to 2018, James was a member of  the Board of  the Arbitration Institute of  the Stockholm Chamber of  Commerce, and prior to that he was a member of  the executive committee of  the Swedish Arbitration Association. James is fluent in English and Swedish, and he is learning Russian.