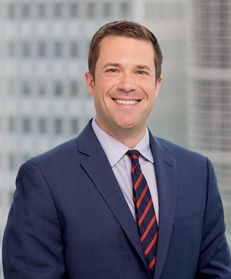 James Barton focuses his practice on complex government and regulatory litigation matters. He has represented individuals, private companies, non-profit entities and government entities before the US Supreme Court and lower courts across the country in matters involving the Administrative Procedure Act, the False Claims Act, the Indian Gaming Regulatory Act, and other state and federal laws. Mr. Barton has also represented private companies in internal and government investigations involving the Foreign Corrupt Practice Act, Title IX, and other federal criminal and civil statutes. Mr. Barton currently serves as a team member in the monitorship of a major healthcare corporation. Prior to joining the firm, Mr. Barton served as a law clerk for the Honorable Randolph D. Moss of the US District Court for the District of Columbia and the Honorable Jay S. Bybee of the US Court of Appeals for the Ninth Circuit. While attending law school, he was a summer associate at the firm and a law clerk at the Santa Clara County Office of the District Attorney. He also participated in Stanford Law School's Supreme Court Litigation Clinic. Prior to pursuing his law degree, Mr. Barton was a teacher with Teach For America.