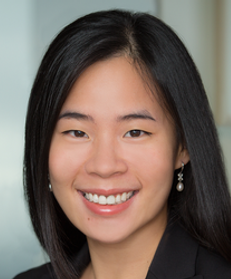 Z J Jennifer Lim is a senior associate at Debevoise & Plimpton. Her practice focuses on international dispute resolution and arbitration. In 2019, she was recognised as a Future Leader in international arbitration by Who’s Who Legal (2020), an edition focused on a selection of outstanding attorneys aged 45 or under. Ms Lim joined Debevoise in the New York Office in 2013 and transferred to the firm’s Hong Kong office in June 2016. From 2012 to 2013, she clerked for Judge Hisashi Owada and Judge Leonid Skotnikov at the International Court of Justice in The Hague, Netherlands. Ms Lim received a JD from Columbia Law School, where she was a James Kent scholar, recipient of the David Berger Memorial Prize, and a senior editor of the American Review of International Arbitration. She received an LLB with first class honours from University College London in 2012. While in law school, Ms Lim participated in the Philip C Jessup International Law Moot Court Competition, and remains the only person in the history of the competition to receive the Stephen M Schwebel Award for best oralist in the Championship Round for two years in a row. Ms Lim is fluent in Mandarin Chinese. She is a member of the ICC Task Force on Addressing Issues of Corruption in International Arbitration and a member of the HK45 Committee for the 2018–2020 term.