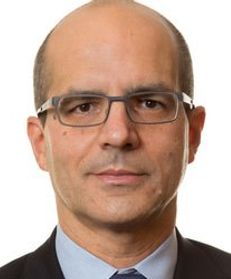 Hector Gonzalez advises corporations and executives on a wide range of matters, with a focus on complex commercial litigation, criminal and related civil and administrative matters, SEC and CFTC enforcement proceedings and internal, grand jury and state attorneys general investigations. In addition, he regularly represents clients in all aspects of Foreign Corrupt Practices Act (FCPA) and Racketeer Influenced and Corrupt Organizations Act (RICO) matters.Mr Gonzalez has been consistently recognised for his white-collar criminal defence practice and his securities and shareholder litigation practice by The Legal 500 US, which praises him as ‘a great lawyer’ in commercial litigation, having ‘an extraordinary amount of expertise’ in securities shareholder litigation, and being ‘an excellent trial lawyer and strategic thinker who won’t waste clients’ time or money.’ Benchmark Litigation 2015 named Mr Gonzalez a 'Litigation Star' for his white-collar defence practice and described him as ‘one of the sharpest and most promising talents doing this work right now’.Mr Gonzalez has significant trial experience, having tried more than 20 federal and state jury trials and argued more than 30 cases before federal and state appellate courts. Mr Gonzalez previously was an Assistant US Attorney in the US Attorney’s Office for the Southern District of New York, where he served as chief of the narcotics unit and was twice awarded the Department of Justice’s Director’s Award for Superior Performance.