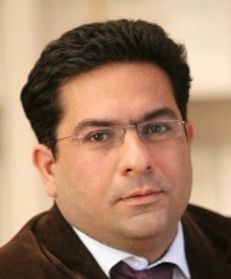 Dr. Hamid Gharavi has acted as arbitrator or counsel in over 200 ad hoc and institutional arbitrations, including commercial and over 30 investment arbitrations under foreign investment laws and bilateral and multilateral treaties, in relation to a broad spectrum of issues ranging from sanctions to political takings, and industries, ranging from oil and gas, mining, M&A, military ordnance and defense, telecommunications, media, and aviation, to agency, distribution, sales, construction (including all types of design contracts and engineering projects), poultry, duty free, hospitality, real estate, wood and derived products, pharmaceutical, and sports, including commercial, disciplinary sanctions and doping.

Dr. Gharavi teaches investment arbitration in the Master program “Droit international économique” at the University of Paris II Panthéon-Assas. He is the author of a book entitled “The International Effectiveness of the Annulment of an Arbitral Award,” published by Kluwer Law International and publications in all the main arbitration law reviews, and a regular speaker at conferences.

Both Chambers and Legal 500 rank him at Band 1 of arbitration counsels for France.  Chambers says that “Hamid has a larger-than-life personality and is personable and hard-working” and describes him as “extremely dynamic, fearless in hearings and able to think out of the box”. Chambers also notes that Dr. Gharavi “earns considerable praise as an active and effective arbitrator in important cases. Interviewees note his valuable input during hearings, saying: ‘He always raises good questions that are material to the outcome of the case.’” In Legal 500, he is described as “absolutely brilliant” with “a busy practice as counsel in cases but also has ‘impressive success attracting major appointments as arbitrator’”.

Before founding Derains & Gharavi, Dr. Gharavi was a partner at Salans in Paris after having started his career at Skadden Arps Slate Meagher & Flom LLP in New York and as Visiting Professor at the University of Richmond School of  Law.