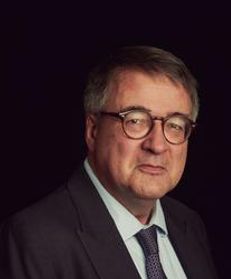 Guy Martin is a partner and head of the international department at Carter-Ruck. Guy has a wide-ranging practice in the field of public international law.

Guy has specific expertise in the law relating to economic sanctions, and his work is at the forefront of the field of challenges to asset freezing measures, or ‘targeted sanctions’. Guy has represented and advised many clients who have challenged such sanctions measures before a range of tribunals including the High Court in London, the General Court and the European Court of Justice (ECJ) in Luxembourg, and before the United Nations Office of the Ombudsperson in New York.

Guy has coordinated international efforts by Saudi Arabian businessman and philanthropist Sheikh Yassin Abdullah Kadi since 2001, to overturn asset freezing orders made in the aftermath of the attacks of 11 September 2001. Guy represented Mr Kadi in his two successful appeals to the ECJ in 2008 and 2013.

Guy also represents the former President of Egypt and members of his family, including in relation to successful appeals to the ECJ resulting in the annulment in December 2020 of sanctions imposed upon the family by the EU.

The Legal 500 2020 names Guy as an Elite Leading Lawyer for public international law and ‘peerless in international sanctions work, with a combination of huge experience and excellent client care’.