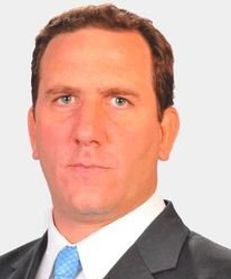 Gustavo Morales Oliver is a partner at Marval, O’Farrell & Mairal and has been a member of the firm since 2006. He specialises in compliance, anti-corruption and investigations.He has advised companies from several industries on anti-corruption compliance issues and investigations relating to day-to-day company operations, mergers and acquisitions deals, compliance programmes, complex contracts and cases with the authorities.Gustavo also has significant experience in corporate, mergers and acquisitions, litigation and cross-border matters. Before joining the firm, he was in-house counsel in both the private and public sectors. Additionally, in 2010 he was a foreign attorney at Yuasa and Hara Law Firm in Tokyo, Japan.Gustavo earned a law degree from the Torcuato Di Tella University College of Law in 2001, a specialist degree in finance from the University of San Andrés in 2009, and a master of laws degree (LLM) from the University of Illinois College of Law in 2010. In 2014, he earned the ‘Leading Professional in Ethics and Compliance’ certification granted by the Ethics and Compliance Officer Association ECOA (USA) and IAE Business School.He teaches anti-corruption compliance and business law at the Torcuato Di Tella University College of Law.He has published numerous articles and is also a frequent speaker at local and international conferences. Gustavo is co-director and co-author of the ebook Tratado de Compliance, published by Thomson Reuters.He is a member of the Bar of Buenos Aires and of the New York State Bar, and has been recognised by Chambers Latin America as a leading practitioner in his field.