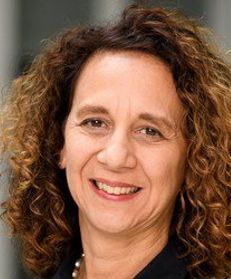 Ms Giuliana Dunham Irving is the current executive secretary to the World Bank Group sanctions board. She has been with the sanctions board secretariat since October 2016. Ms Dunham Irving joined the World Bank Group in 2006 as an institutional integrity officer in the institutional integrity department (now the Integrity Vice Presidency). From 2008 to 2012, she held the position of senior counsel in legal department’s institutional administration unit.From 2012 to 2014, she served as senior counsel and special assistant to the general counsel and senior vice president of the World Bank Group. From 2014 to September 2016, she held the position of senior counsel for sanctions policy in the legal operations policy unit. Ms Dunham Irving received her Juris Doctor from New York University School of Law in 1992, and completed her undergraduate studies in economics at Columbia College of Columbia University in New York and Universita’ Commerciale Luigi Bocconi in Milan. Ms Dunham Irving began her legal career as a litigation associate with the firm Debevoise & Plimpton in New York. Prior to joining the World Bank Group, she served as a trial attorney in the fraud section of the United States Department of Justice and as an assistant United States attorney in Washington, DC.