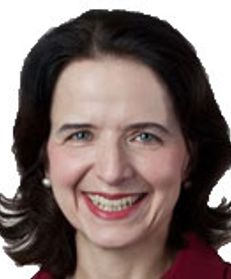 Gabriele joined the firm in 1993 and became a partner in 2001. She has also been resident in the New York office.

Prior to joining the firm, Gabriele was a staff member of the Frankfurt Stock Exchange. She received an LLM degree from Columbia University School of Law in 1994 and a doctorate in law (Dr iur), summa cum laude, from the University of Regensburg in 1992. Gabriele studied law at the University of Regensburg and graduated in 1988 (Erstes Staatsexamen). During her mandatory practical training (Referendariat) she spent time at various courts and government agencies, as well as in private practice, in Germany and abroad. She passed the German bar exam (Zweites Staatsexamen) in 1991. She is a member of the Bars in Frankfurt am Main and New York.