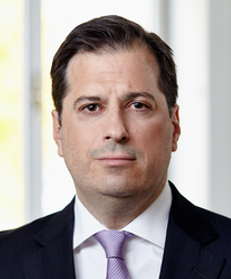 Franz is admitted to practise in Switzerland, England and Wales and New York. He is a Fellow of the Chartered Institute of Arbitrators and has been appointed by the government of Switzerland to the ICSID Panel of Conciliators.

He has acted as counsel and arbitrator in more than 80 international arbitrations, both commercial and investor-state, under the laws of civil and common law jurisdictions. He is also an experienced Swiss court litigator, including before the Swiss Supreme Court. He is recognised by Who’s Who Legal as a Thought Leader in arbitration and is ranked by Chambers Global, Chambers Europe, The Legal 500, Best Lawyers – Switzerland, Expert Guides, Benchmark Litigation and Décideurs Guide-Annuaire Contentieux & Arbitrage.

Franz is on the roster of arbitrators of major international and regional arbitration centres (ICSID, ICC, LCIA, WIPO, CIMA, etc). He has a doctorate in law from Zurich University, an LLM from Georgetown University, and a licence in law from Fribourg and Durham University. He is a published author and editor of books, book chapters and articles on international arbitration, business, competition and intellectual property law. He is a visiting lecturer and a member of the board of academic institutions and editorial boards of law journals in Europe, the United States and Latin America.