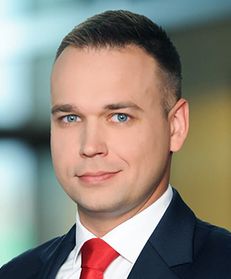 Filip Balcerzak has been recognised as one of the top ten within the prestigious Rising Stars ranking, which identifies the most talented and dynamic lawyers aged under 35. The selection panel evaluated such criteria as creativity and the ability to capture new market trends, knowledge and capability of juggling professional career with academic work. Charitable or social work and personal or other achievements were also taken into account.

Filip Balcerzak was ranked 10th from over 130 candidates. The selection panel was impressed by his commitment to resolving business disputes, especially in investment arbitration. His skills were aptly demonstrated in a recent international project during which he helped to successfully resolve arbitration proceedings involving a global chain of restaurants. Despite a huge disparity between the parties (a small Polish franchisee against a global behemoth) and apparently unfavourable circumstances (the arbitration proceedings were held in New York in English), Filip demonstrated that he is perfectly capable of effectively defending the interests of SSW’s clients in an arbitration tribunal.