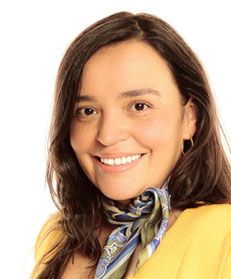 Dr Diana Correa is a civil law lawyer, holding double nationality: Colombian and French, based in Bogota DC, and with some understanding of common law systems thanks to her international practice. Prior to creating her own practice in Colombia, Dr Correa practised international arbitration at Derains & Gharavi (Paris) and Dechert LLP (Paris).

Dr Correa is a professor of international law at University Externado of Colombia and she mainly seats as arbitrator in international and domestic arbitrations, although she also has a modest practice as counsel defending one of the major public entities in Colombia: the National Infrastructure Agency (ANI in Spanish), before ICC arbitral tribunals. She also consults for private and public entities. Until the end of 2018, she consulted for the National Legal Defence Agency (ANDJE in Spanish) in the investment cases against Colombia.

Dr Correa has participated in more than 40 cases, playing different roles: arbitrator, administrative secretary, assistant to the tribunal, counsel and consultant. She has sat on more than 10 cases as arbitrator, with five presidencies. Her practice has involved a wide range of sectors, including construction and infrastructure, mining, oil, energy, telecommunications, commercial agency contracts, distribution contracts, among others, and has concerned arbitrations ruled under the major centres and rules of arbitration such as ICSID, PCA, ICC, UNCITRAL and many others.

Dr Correa is fluent in Spanish, English and French, and has a basic understanding of Portuguese. She completed her LLB at the Externado University as well as a postgraduate diploma in responsibility law and assessment of damages. From the University of Panthéon-Assas (Paris), she obtained two master's degrees (in private international law and international economic law, respectively) and a PhD in public international law.

WWL selected Dr Correa as Future Leader in the international arbitration field for 2019 where it said she was “an innovative arbitrator who is ’very hardworking’ and has ’a great understanding of international law’”, and again for 2020 where it refers to Dr Correa as being “a lawyer and arbitrator with a clear understanding of the complexities of this area". She is also praised for being "very dedicated, orderly and knowledgeable".