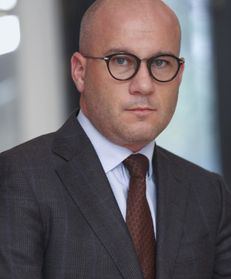 Dr Cosmin Vasile is managing partner of Zamfirescu Racoți Vasile & Partners and head of  the firm’s arbitration practice group. He has gained extensive experience during more than 15 years of handling cross-border disputes and already boasts an outstanding track record of around 100 international arbitration proceedings as counsel and arbitrator conducted under various laws and sets of arbitration rules.

Cosmin has successfully coordinated an impressive number of significant and mission critical disputes for his clients, often in the glare of media attention. As one of the leading experts in construction, capital markets, privatisation and energy arbitrations in Romania, Cosmin is called upon to provide legal counsel to both government institutions and private companies. In court, Cosmin has an equally impressive record, being popular among major domestic and international corporations for advice in high-profile commercial, administrative-contentious and public procurement disputes.

He holds a doctorate degree from the University of Bucharest and defended his doctoral thesis on the topic ‘The Applicable Law in the Ad Hoc Commercial Arbitration’ (2011). Cosmin is a Fellow of  the Chartered Institute of  Arbitrators in London since 2012, and holds a diploma in international arbitration from this institute. He has been awarded the Certificate of the ICC Advanced Arbitration Academy for Central and Eastern Europe and the Certificate of the International Academy for Arbitration Law (Paris).